Apple today announced iPadOS 16, the next software update that will add a ton of new features and improvements to the iPad that you already own. The new update will ship this fall, with developers now able to download an initial beta build to try for themselves.

The big iPadOS update brings with it a slew of changes that will help with productivity, while improvements to Messages and Photos are also present and correct. There’s a lot to get into, so let’s get started! 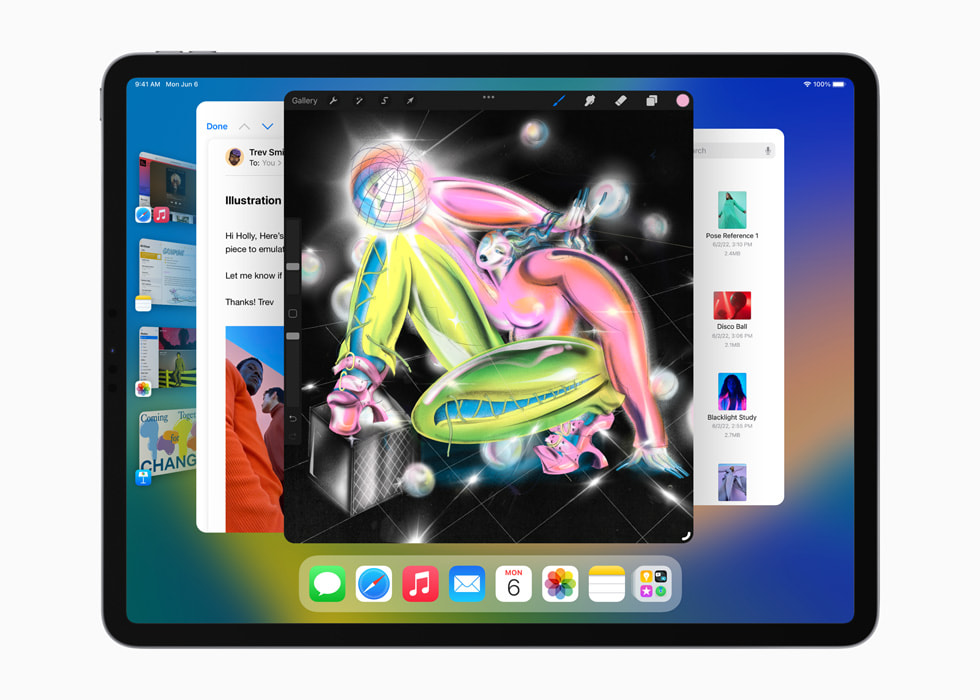 Perhaps the biggest addition to iPadOS 16 is the ease with which people can work together. They can now collaborate across a variety of apps and all work on the same file, rather than editing different versions. The whole thing can be handled via the Messages app, with FaceTime just a tap away.

New features in Messages make it easy to start collaborating and manage shared content across Files, Keynote, Numbers, Pages, Notes, Reminders, and Safari, as well as third-party apps. When users send an invitation to collaborate via Messages, everyone on the thread is automatically added to the document, spreadsheet, or project. When someone makes a change to a shared file, everyone can see updates right at the top of the Messages thread. And when a user is working on a collaborative project, they can easily jump into the associated Messages conversation or just tap to start a FaceTime call with their collaborators. 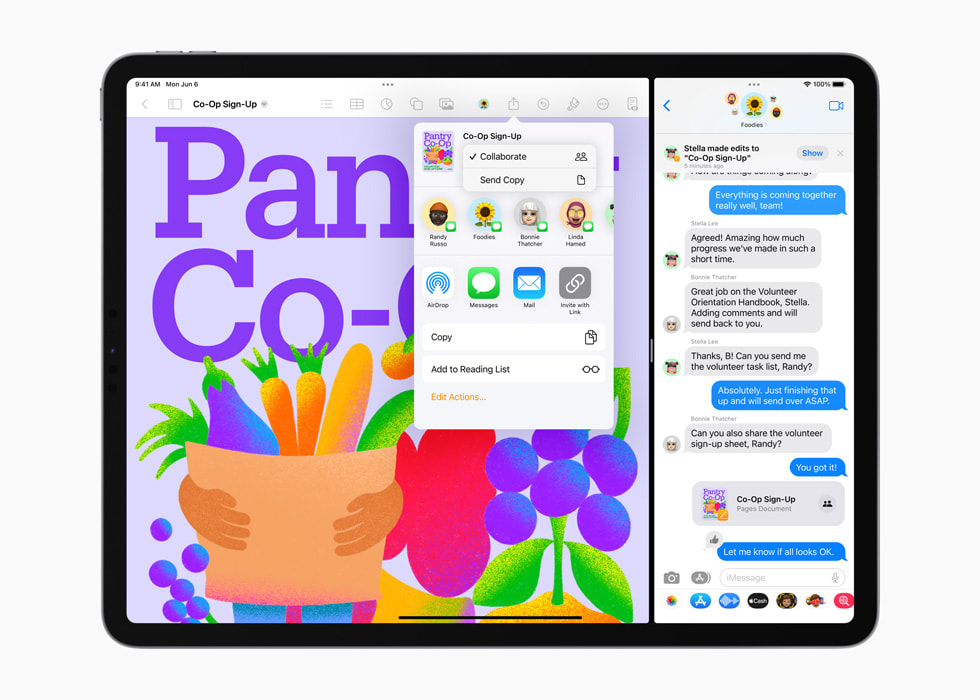 A new Freeform feature will also act as a digital whiteboard, allowing people to write, add images, and more.

Apple’s Mail app is getting some attention and will gain features previously left to third-party apps. New snoozing options will make messages be resurfaced when needed, while messages can be scheduled to be sent at a later time and date, too. Improved search is also part of the mix this year. 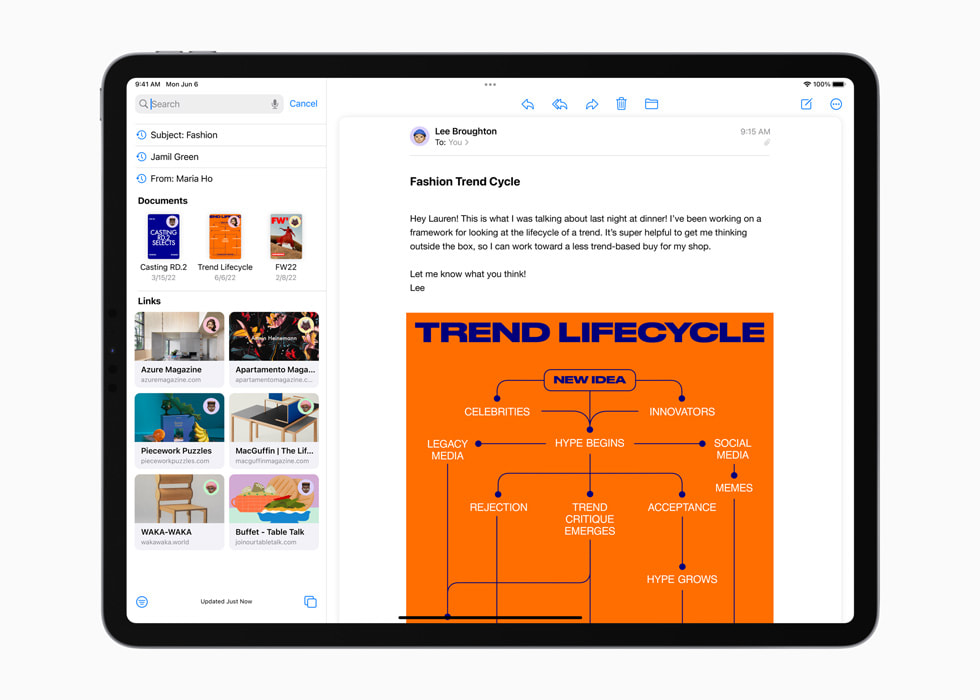 Just like iOS 16, iPadOS 16 will gain support for Shared iCloud Photo Libraries, meaning people will be able to see photos without them being manually shared. Any edits to the library or photos within it will be updated for all. 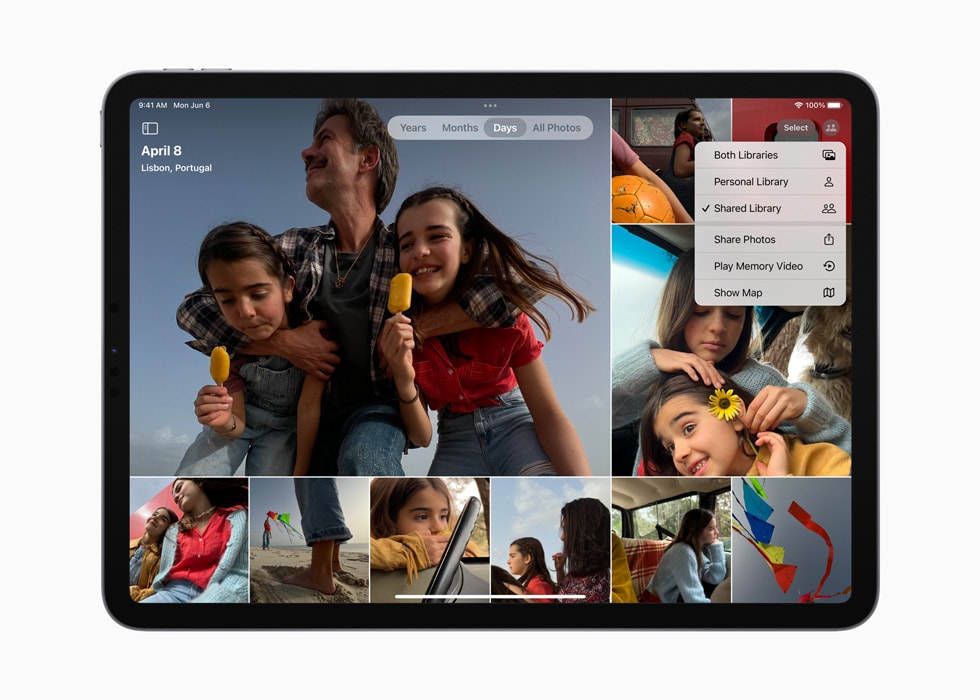 An addition that we didn’t expect to be so interested in, the iPad is finally getting a weather app. It’s full-screen and looks just as great as you’d expect it to.

Designed to take full advantage of the stunning display, Weather comes to iPad with beautiful animations. With just a tap, users can see the most important weather information, or explore maps to check precipitation, air quality, and temperature. Users can also be notified when a severe weather alert is issued in their area, or check the air quality using a color-coded scale.

The iPad is gaining the same Stage Manager as the Mac, adding “an entirely new multitasking experience that automatically organizes apps and windows, making it quick and easy to switch between tasks.” It’ll be the first time that Mac windows can overlap others, and it could change the way a lot of people use their iPad. 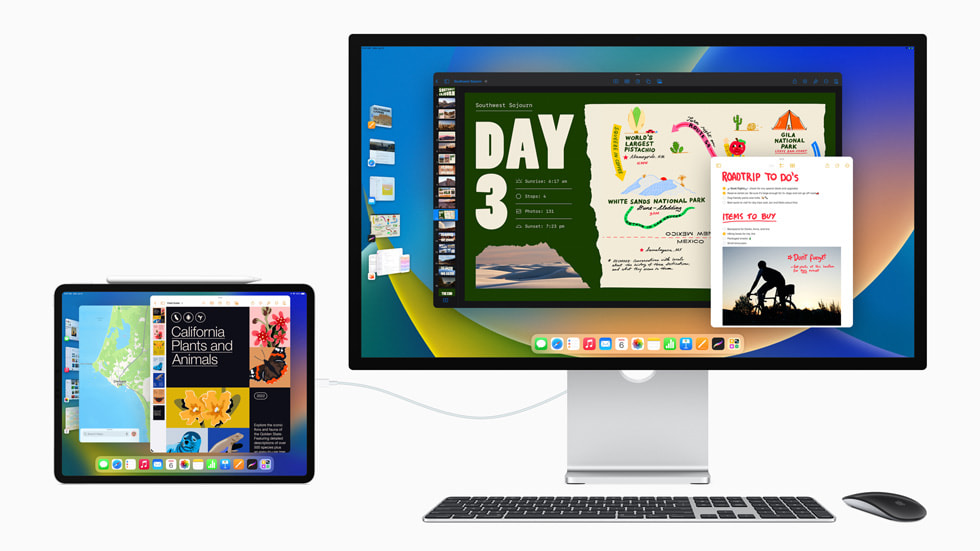 Unfortunately, the feature will be limited to M1 iPads. Support for external displays will allow for up to four apps to run at the same time.

Reference Mode enables the 12.9-inch iPad Pro with Liquid Retina XDR display to match the color requirements in workflows like review and approve, color grading, and compositing, where accurate colors and consistent image quality are critical. 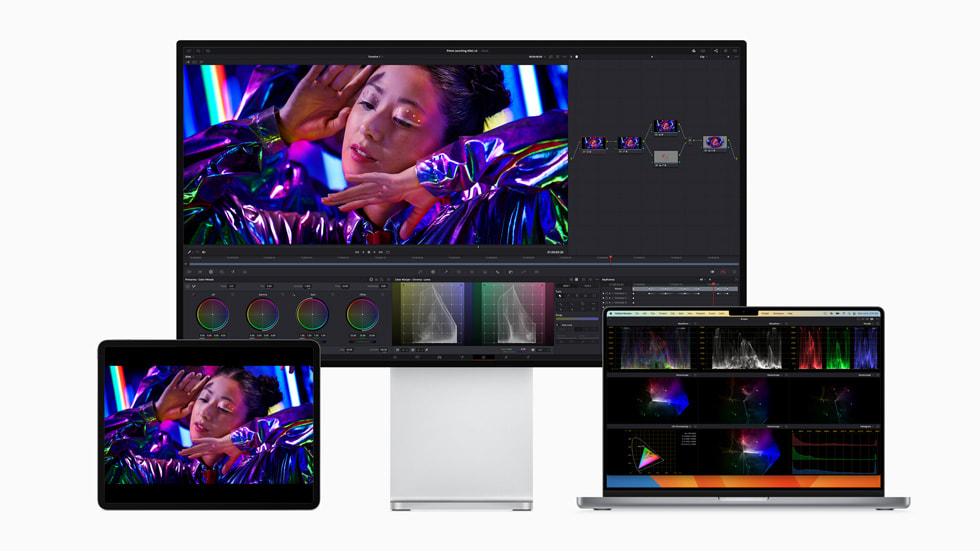 iPadOS 16 is currently available to developers only, with a public beta set to release next month.