No matter how often we I it, I always end up installing beta releases of iOS on my iPhones. It’s a bad idea, and I know it’s a bad idea, but it still happens. Kind of like eating that last piece of cake or having that one last beer, things never end well. Apple’s iOS betas are like that, but sometimes, one bucks the trend and all hell refuses to break lose once it is installed.

Thankfully, iOS 9.3 beta 1, and subsequently, beta 1.1, falls in to that category, so the fact that I now have iOS 9.3 running on my iPhone 6s doesn’t mean I’ve spent the last few days fighting with app crashes and battery issues. In fact, things have gone swimmingly, which is both absolutely awesome and super, super rare. 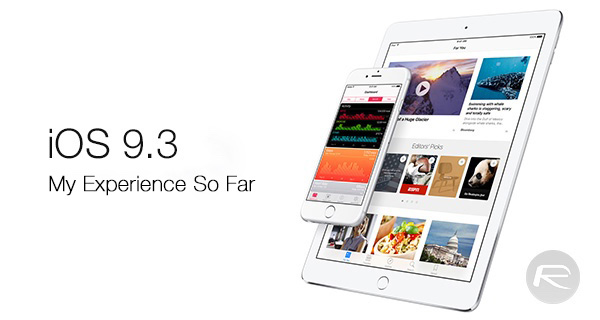 Of the changes within iOS 9.3 in its current beta form, Night Shift is probably the most obvious. Very similar to a Mac and iOS app called F.lux and supposedly stopping my eyes from melting in the wee hours, Night Shift takes some getting used to and then it’s just the new normal. You can’t really praise it any higher than that.

Just behind Night Shift is the host of new 3D Touch shortcuts on the Home screen. Being able to 3D Touch the Settings icon and get straight into different parts of the app is something that should have always been there, and the same goes for the improved App Store menus. You still can’t 3D Touch icons in things like Control Center, but maybe that kind of thing will come.

Being able to password protect individual Notes is fine too, but I’d rather protect the entire app, if I’m being honest. Maybe in iOS 10. Probably not, though, and there are third-party alternatives that allow password protection of the app itself, including Touch ID support. 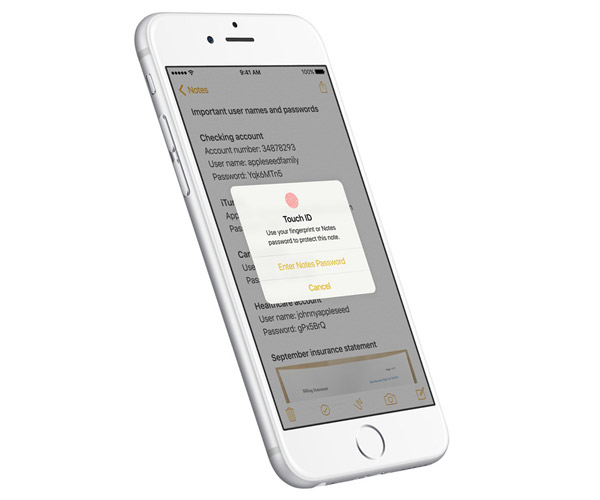 All in all, iOS 9.3 is looking solid. Battery life is as good as, if not better than, Apple’s latest public release and the ability to duplicate a Live Photo as a still is a welcome addition also. I’ve had no reason to want to restore away from iOS 9.3 beta 1, and I don’t expect that to change. As far as beta releases of iOS are concerned, that’s high praise, indeed.