Last week, Tedesco posted a screenshot proof of his jailbreak working on iOS 9.2.1 beta. For those who don’t know, Tedesco has previously been involved with Pangu9 jailbreak for iOS 9.0-9.0.2 devices, and has also released source code for jailbreaking iOS 8.4.1 on GitHub. 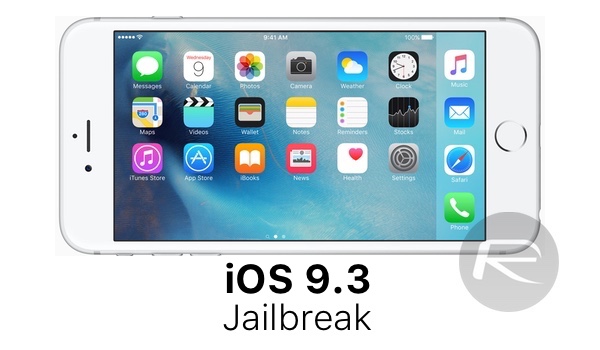 While Tedesco has already confirmed that he has no plans to release his jailbreak for public, it is at least good to know that iOS 9.3 is vulnerable and very much jailbreak-able. Hopefully Pangu, TaiG or another jailbreak team will soon figure out a way to release public jailbreak for iPhone, iPad and iPod touch devices running iOS 9.1, 9.2, 9.2.1 and iOS 9.3.

iOS 9.3 is a major update for a point release which brings features such as Night Shift mode, new 3D Touch Quick Actions for stock apps, multi-user support on iPad, ability to support multiple Apple Watch units on iPhone, improvements to Apple News, Health, Notes apps, CarPlay enhancements, among other things. You can check out full list of new features here: iOS 9.3 Features: Everything New In One Place.

The video showing iOS 9.3 jailbreak on iPhone 6 with Cydia and jailbreak tweaks can be seen in the video embedded below.