Source Code For Jailbreaking iOS 8.4.1 Is Now Available, Here’s What You Need To Know

After initially publishing a number of leading tweets relating to a possible iOS 8.4.1 jailbreak, Luca Todesco, a student from Italy, has now released the source code that provides a jailbreak solution for the last publicly available version of iOS 8. The release of the source code of the jailbreak, which has been given the name Yalu, looks likely to stick around for a while before an actual jailbreak tool is served up by Todesco for the less technically minded for jailbreaking devices on iOS 8.4.1.

The Yalu source code has been uploaded to code sharing site GitHub, and comes with accompanying text that simply reads “source code of an incomplete iOS 8.4.1 jailbreak”.

For those that are slightly more technical minded and au fait with the underlying jailbreak process, the code also provides the following information:

The incomplete bit refers to the fact that the source code of the jailbreak is limited to tethered boot only. The reason given for this is that the untethered code doesn’t belong to Tedesco hence he can’t make it available for everyone just yet.

@parrotgeek1 because the stuff thats missing is not mine

Downloading the code and actually having the ability to interact with it and execute it will provide you with a jailbroken iOS 8.4.1 device with root access, as well as the ability to install OpenSSH for secure and remote access to the jailbroken hardware. However, given its incomplete nature, Todesco has provided an advisory notice saying that you should not install Cydia on it:

latest Yalu git commit does a jailbreak & extracts a .tgz to /. Make sure not to install cydia with it. OpenSSH is fine.

The Italian developer hasn’t said in as many words that he will ultimately release an easily usable tool to the public, but the information provided suggests that it’s highly possible. A Tweet posted from the developer’s Twitter account says “technically speaking my i6 is now jailbroken on 8.4.1. yalu for i6 will be out very soon”. 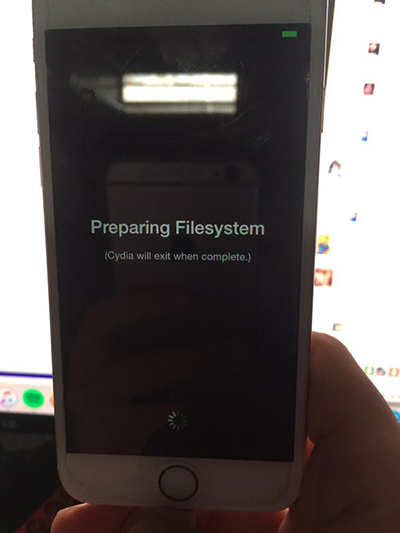 If you have a compatible device running iOS 8.4.1, and are the type of person who prefers to stay away from the latest iOS 9 in the hopes of receiving a jailbreak, then it’s probably wise to sit tight for the time being and see how the situation develops in the wake of this latest series of GitHub commits. It is important to note that Apple has stopped signing iOS 8.4.1, meaning there’s no going back to 8.4.1 once you have updated to iOS 9.x.

Also, if you really don’t have the technical knowledge required to download the code from GitHub and execute it yourself, it’s extremely advisable to stay away from it until an easy-to-use user friendly tool is released. The jailbreak in its current form requires advanced knowledge of compiling the source code yourself and then executing it on your device. Not to forget that it is very buggy at best and doesn’t even support installing of Cydia yet. You will likely end up doing a lot more harm than good to your device. What this tells us though is that the jailbreak is real and maybe coming in the more proper form soon.