iOS 4 is the first firmware in which Apple has completely cut off the support for aging original iPhone EDGE and iPod touch first-generation. Their decision of course is justified because of the low RAM found in these first-gen devices which were released back in 2007. But all is not lost as the iPhone jailbreak community has now come up with a mod, which brings the complete look and feel of iOS 4 (formerly iPhone OS 4) for iPhone 2G. The mod is basically based on the iPhone OS 3.1.3, to replicate the experience of iOS 4 on iPhone 2G (EDGE). 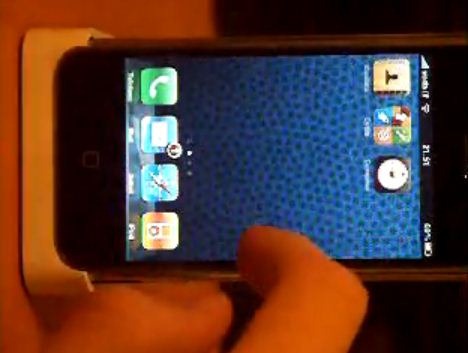 This custom firmware includes everything from: the new 27 iOS 4 wallpapers, new semi transparent iPad like dock, backgrounds, all new icons from iOS 4, Voice Control, Tap to focus in camera app, and more. Full list of features are as follows.

Thanks to Ven000m for the hat tip via Twitter.