Progress of this ambitious project can be followed on the team’s website here.

We are rewriting the 4.0 beta firmware released by Apple to create a custom firmware that can run on devices iPhone 2G which is no longer available. To do this we studied the architecture of the firmware previously released by Apple on the device trying to understand how is it different from the released versions on other devices, in particular that of the iPhone 3G device, which is what most resembles the smartphones.

They have also published a screenshot, which is shady at best, showing iPhone OS 4 “About” screen on iPhone 2G. 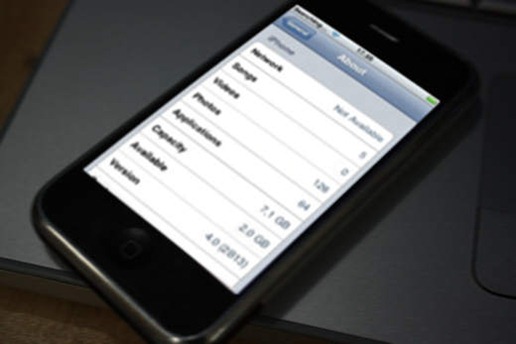 Fake or not, we will keep you updated on the progress. Stay tuned! [via iHelpLounge]