Turn Your Windows Mobile Phone into a KIN Phone [Video]

The KIN phone has a really neat looking UI which appeals to quite a a lot of teens out there. Unfortunately though, the KIN didn’t get all the attention which it should have got. And now without having to buy a KIN phone, you can get that same interface on your Windows Mobile based phone as a theme using the KIN Launcher. 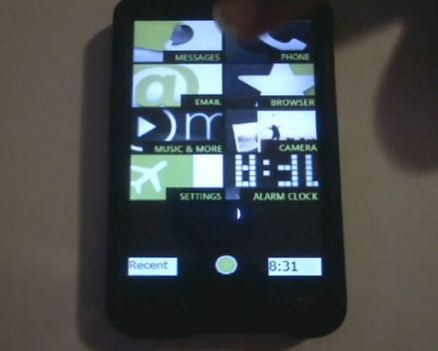 The KIN launcher though does not offer the same UI transitions as we’ve seen on the KIN ONE and KIN TWO phones. It also lacks option for adding favorite contacts on the homescreen, but this at the moment is as close as you can get to the KIN phone without having to own one. Hopefully, all these shortcomings will be added in future versions.

Check out this video below, demonstrating the KIN Launcher on HTC HD2.

If you’re one of those who don’t want to spend some cash on a KIN phone and luckily you have a Windows Phone lying at home, then the KIN launcher is the best option to turn to if you want to get the KIN experience on your phone (not the full experience of course). KIN Launcher for Windows phones can be downloaded from here. [via WMPoweruser]