Remember the invitations which Microsoft sent in a tube like box to people for their “Time to Share” event? The hype is over now, and yet again Microsoft has come up with a new product out of nowhere which people weren’t expecting to be released, the Kin. 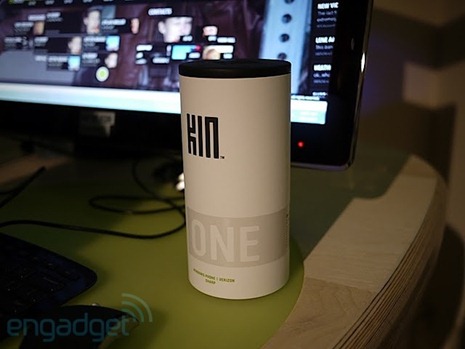 The unique Box of Microsoft Kin phones. Image via Engadget

Microsoft has a long lived tradition of giving away concepts and not making them true (as far as we have noticed), but this time they’ve flipped the tables with their Kin, originally codenamed the “Pink Phone”. Though there’s nothing “pink” about the phone and is targeted towards teens of both sexes and not only girls, and is solely meant for social networking and keeping people connected all the time! Microsoft is marketing it as a “Windows Phone”, maybe because it’s an early sibling of Windows Phone 7?

There are two phones in the Kin family for now, the Kin One and the Kin Two. Kin One is a more traditional looking with a square screen with QVGA resolution and a sliding QWERTY keyboard from the bottom, 4GB of internal memory, a 5mp camera and includes LED flash.

Kin Two on the other hand has a HVGA resolution screen with an 8mp camera with flash, 8GB of internal memory and a sideways sliding QWERTY keyboard which has become quite common these days. 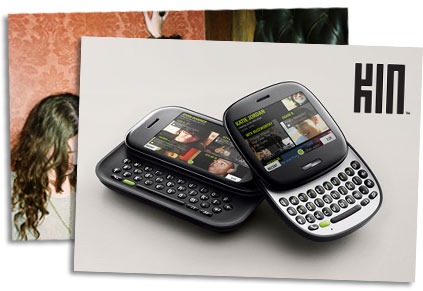 Microsoft KIN ONE and KIN TWO

If you’re wondering that the internal storage is not enough for you then Microsoft has you covered, your entire media collection (photos and videos) will be synced online which has never ending storage which you can access from your phone anytime! Check out the press release photos and the hands on video below.