Apple’s upcoming iOS 16 update will add some new categories its Messages SMS spam filtering API as revealed in a WWDC session. Currently the only two options are Junk and Promotions, but iOS 16 will add a number of new alternatives.

The API was first introduced in 2017 alongside iOS 11 and allows app developers to create apps that filter out spam SMS messages. With iOS 16, 12 new categories will be added to the SMS filtering API, allowing for more categorization from apps.

Reported by 9to5Mac, The new additions that will be available when iOS 16 ships later this year include:

Apple’s iOS 16 update is now in the hands of developers who are able to test its features and compatibility ahead of a public release. The public beta program is expected to get started next month, while everyone else will need to wait until this fall before they will be able to install the update. Expect it to land in or around September, around the same time that Apple will also announce the new iPhone 14 lineup. 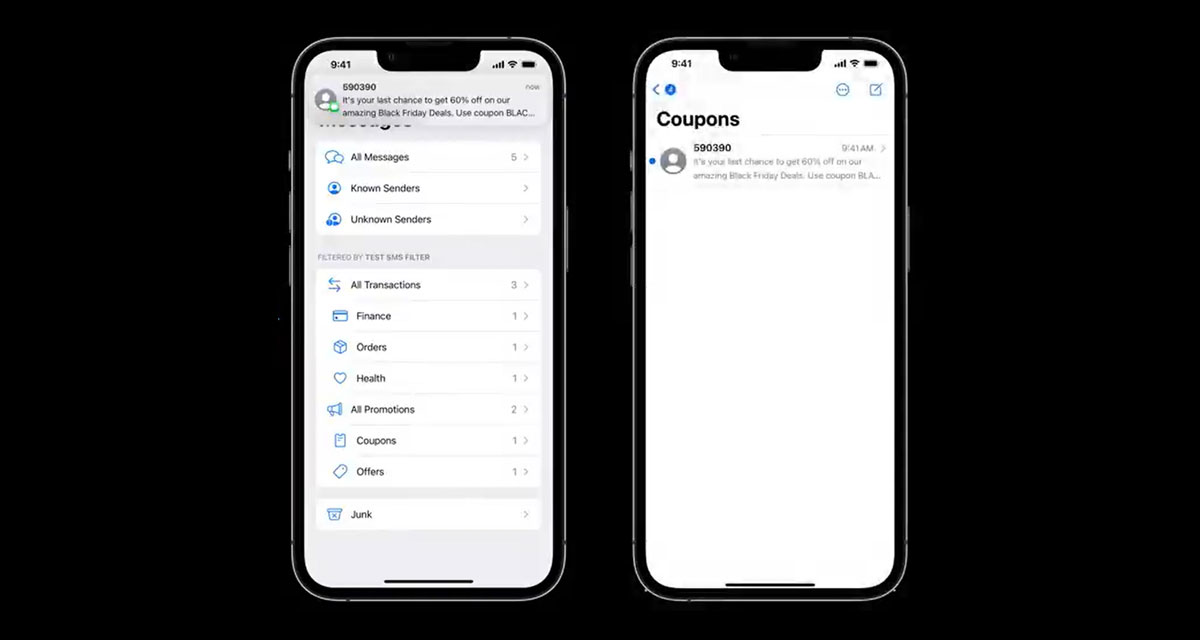 Apple announced iOS 16 during its WWDC22 opening keynote on June 6 with a new Lock Screen the biggest addition. It’s also thought that the software puts the underpinnings in place for the iPhone 14 Pro to support an always-on display.