Apple’s iOS 16 was released to the public on September 12, 2022 and has seen a number of updates since. But as a whole, some version of iOS 16 is now running on 69% of iPhones, according to a new report.

That report comes via third-party analytics outfit Mixpanel which says that iOS 16 is now installed on 68.9% iPhones.

The older version, iOS 15, is still installed on almost 25% of iPhones while the remaining 7% or so are still using older versions of the operating system.

The iOS 16 release is what comes preinstalled on every iPhone 14 and iPhone 14 Pro model that Apple sells which helps push these numbers up. But reaching 69% of devices within less than 100 days is impressive and means that people have seen fit to get the latest version of iOS onto their devices as soon as possible.

As well they should. The iOS 16 update includes support for Lock Screen widgets among other things, while the subsequent updates have added a number of features including Live Activities. 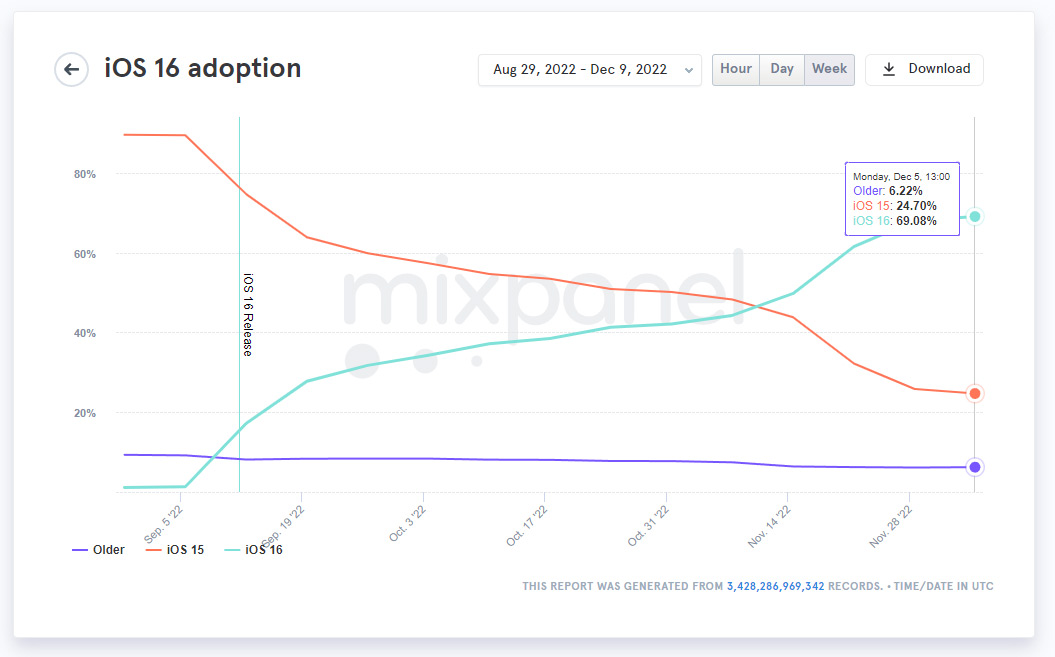 The upcoming iOS 16.2 update, expected to arrive next month, will also add new features for iPhone users. The new Apple Music Sing karaoke feature will be made available alongside iOS 16.2, while the new Advanced Data Protection feature is also coming online.

There are also new Lock Screen widgets for sleep and medication, while iPhone 14 Pro users can choose to disable the wallpaper when the have the Always-On Display disabled.

If you haven’t yet updated to iOS 16 at this point, what are you waiting for?