iOS 15.2 Shows iPhone Parts Repair History And If They Are Genuine Or Third-Party

Apple’s iOS 15.2 is currently in the hands of developers in the form of a release candidate update but it’s already sharing its secrets. For example, we now know that when iOS 15.2 is made available to the world it will tell people whether they have replacement parts inside their iPhones.

And if they do, it’ll show what those replacement parts actually are and where they came from. 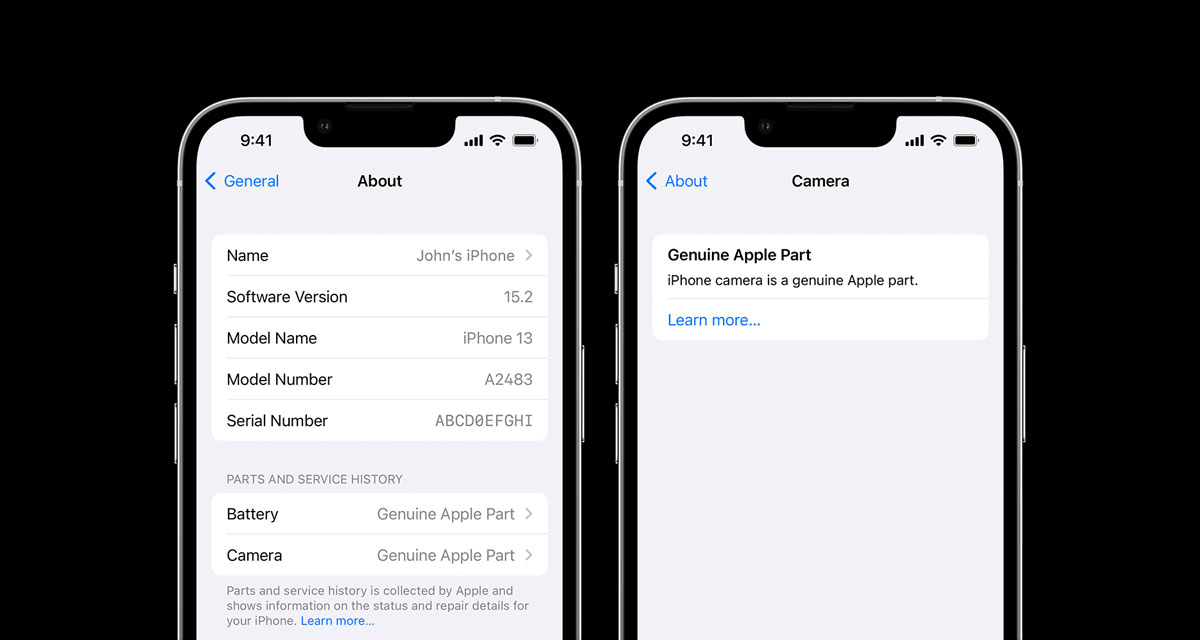 According to a new support document, Apple’s iOS 15.2 will alert people if they’re using non-standard hardware.

Genuine Apple parts have been designed, tested, and manufactured for Apple quality and performance standards.

With iOS 15.2 and later, you can go to Settings > General > About to see the parts and service history of your iPhone.

Those using an iPhone XR, XS, XS Max, and iPhone SE 2nd generation) will be told about the battery that’s inside their device, while those using iPhone 11, iPhone 12, and iPhone 13 devices get to learn all about their battery and display. Those who own an iPhone 12 or iPhone 13 will get additional information about the camera module, too. 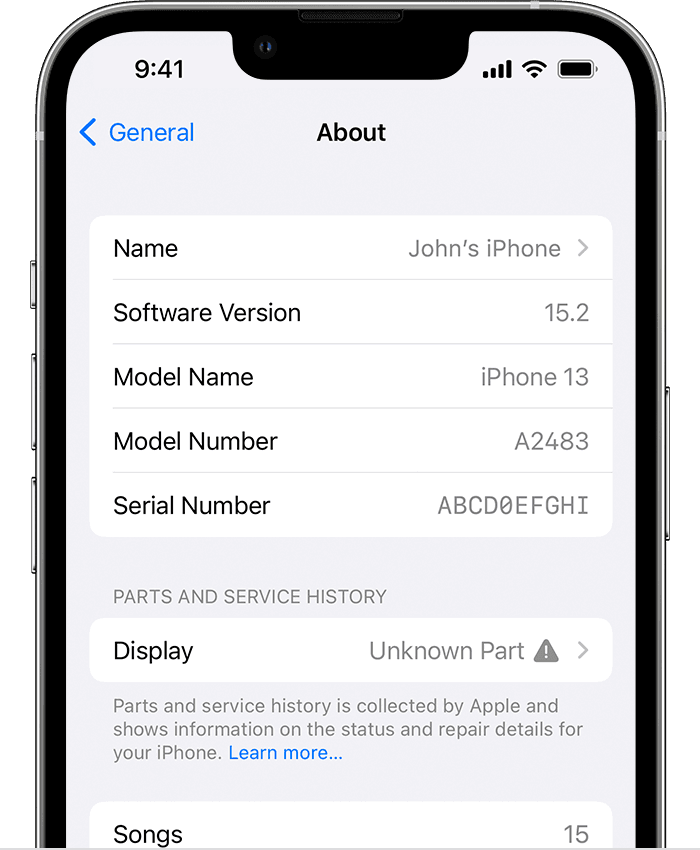 It isn’t yet clear when Apple will release iOS 15.2 to the public, but we don’t expect it to be too far out. A launch before Christmas makes most sense, for example. Assuming no big issues are found with this latest release candidate, of course.