This speed test video offers a side-by-side performance comparison pitting the latest version of iOS 13, iOS 13.2.3, versus iOS 12.4.1 on an iPhone 8.

Apple’s most recent release is iOS 13.2.3 and it’s the eighth version of iOS 13 to be released. This level and speed of iOS updates is unusual but Apple continues to try and fix the bugs that the initial release had. But given Apple updates often improve performance, and the fact that iOS 13 includes new technology to make apps launch more quickly, how are things panning out? 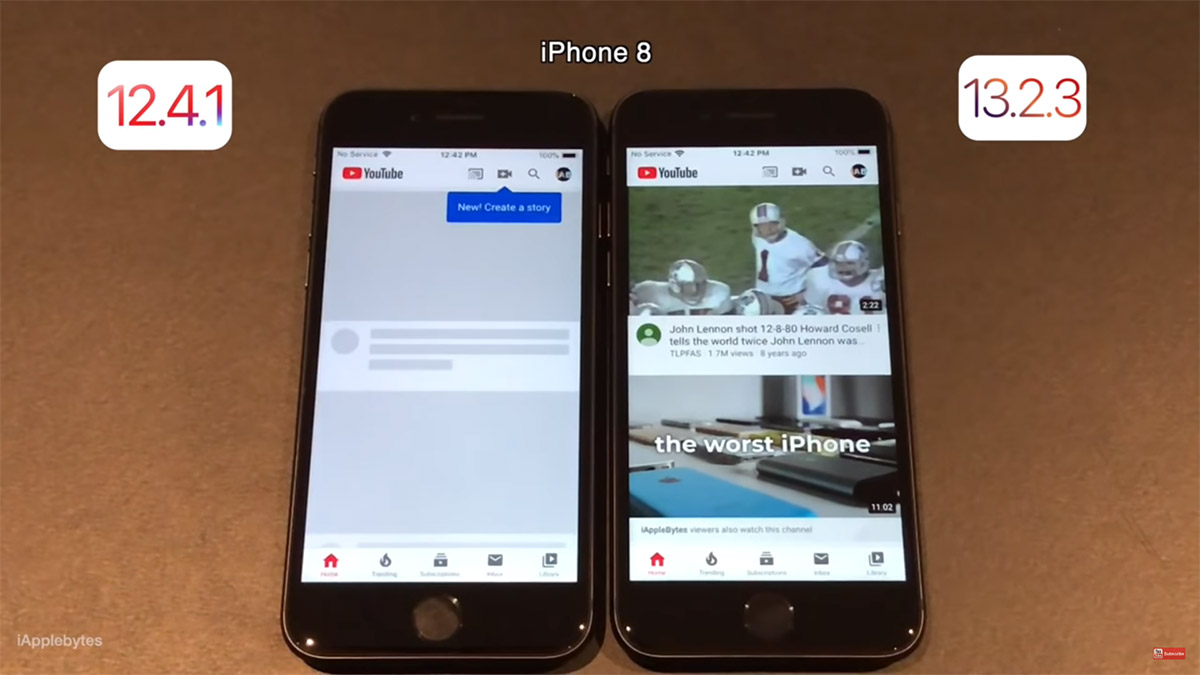 In order for apps to launch more quickly, they need to have been updated to support the new technology. And now, two and half months after iOS 13 was released, the most popular apps are all now ready to go. With that in mind YouTuber iAppleBytes set out to find out how things stand right now. Is iOS 13.2.3 noticeably quicker than iOS 12.4.1 when it comes to launching apps?

You can check the full 10-minute video out to see for yourselves, but the upshot is that yes indeed, things are more speedy with iOS 13.2.3. Apps launch more quickly and the overall iOS experience is more snappy. That’s good news for anyone who hasn’t upgraded to a new iPhone this year and bodes well for future iOS updates in the future, too.

Apple has been scrambling to fix bugs in each and every iOS 13 release for weeks but it’s clear that performance is one thing that hasn’t been impacted throughout. Unfortunately, that’s one of the few things that haven’t been.