Just a matter of days after releasing iOS 13.2.2 to the general public consisting of bug fixes and performance improvements, Cupertino-based Apple Inc. has officially stopped signing iOS 13.2. The decision means that users cannot roll back their firmware to iOS 13.2 if they had the desire to do so.

With iOS 13.2.2, Apple took the opportunity to address a number of issues that had been causing significant trouble and distress to a lot of its global user base. 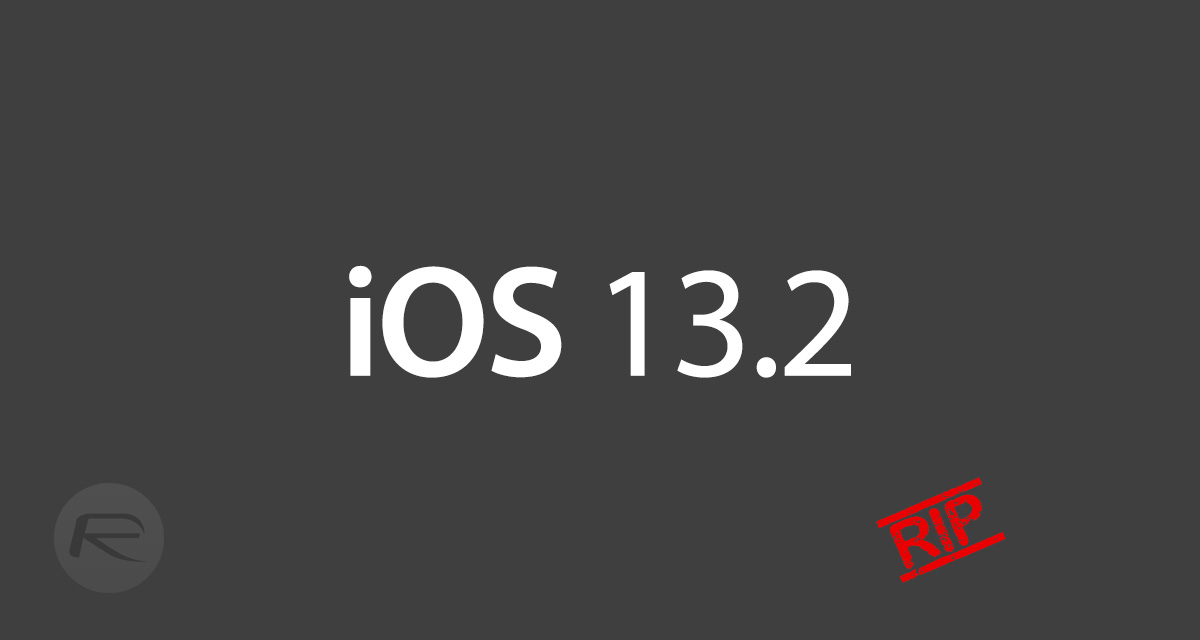 In particular, iPhone owners running pre-iOS 13.2.2 builds had been having a lot of trouble with memory management and apps automatically closing themselves and being instantly removed from the background. In essence, this made multitasking entirely useless on the device and felt like a huge regressive backward step to a lot of users.

It turns out that the new behavior wasn’t by design and was indeed yet another niggle within iOS 13. Apple addressed these issues with the release of iOS 13.2.2 but has also taken the step to remove the ability to downgrade to iOS 13.2, presumably due to the fact that the company sees iOS 13.2.2 as a huge step forward in the stability of iOS 13 in general and doesn’t want anyone to be able to move in a backward step.

Additionally, as a result of this, it means that jailbreakers won’t be able to roll back their firmware to iOS 13.2. The latest checkra1n jailbreak, which utilizes the checkm8 exploit, is compatible with devices running iOS 12.3 and above, so there shouldn’t be any real need for jailbreakers to necessarily be sitting on iOS 13.2. With that said, some of those users may simply think that their device and experience felt a lot more stable on iOS 13.2 than it does on the latest iOS 13.2.2 release or the pre-release iOS 13.3.

Putting the desire to roll back aside, iOS 13.2.2 is a big step forward for Apple and its users of compatible devices. Improvements include fixes for cellular performance, multitasking, and better RAM management. Apple has also started working on new Screen Time Communication Limits with iOS 13.3, which is currently in a pre-release state in the hands of developers and public testers.