Developer Siguza, who defines himself as a “hobbyist hacker,” has taken to the micro-blogging social network to confirm that he is currently working on an exploit for iOS devices known as v0rtex.

It’s been an information-packed week so far where the iOS jailbreak community is concerned, with this latest exploit able to achieve root on devices with an Apple A7-A9 processors running versions of iOS less than or equal to iOS 10.3.3. This comes hot on the heels of the release of a semi-jailbreak tool called Houdini for iOS 10.3.2 and below.

As with any announcement of this type, it is most definitely worth mentioning that this is not the announcement of a jailbreak tool itself, nor is it a guarantee that a jailbreak tool will follow on the back of the fact that another highly capable member of the jailbreak team is working on an exploit that could be used as part of the creation of a wider jailbreak. As mentioned by Siguza in the Twitter post, this exploit currently allows him to achieve root access on A7-A9 devices running iOS 10.3.3 or below but it doesn’t currently extend beyond that to allow code to be executed at a kernel privilege level.

It’s interesting to note that the comments in the v0rtex code – viewable by heading over to the project repository hosted on GitHub – suggests that even the developer himself isn’t sure “what’ll really become of this,” suggesting that the “hobbyist” part of his Twitter bio is once again kicking in here. The same comments are also suggesting that he will leave any attack on iOS 11 to Ian Beer of Google’s Project Zero team, who you may or may not know recently announced the existence of a tfp0 exploit applicable to iOS 11.1.2 which allows the highest level of kernel access. Siguza currently has tfp0 listed as “Very much TODO” on GitHub but it remains to be seen if anything will come of this. 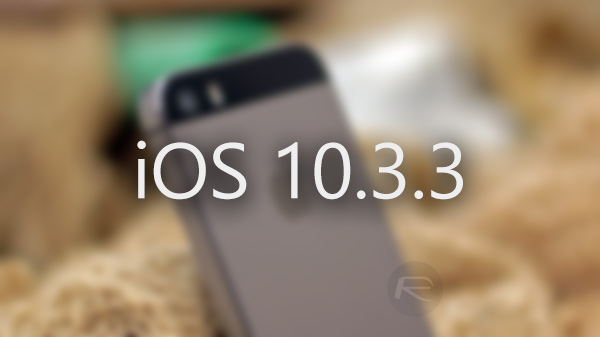 We aren’t currently sure where this one will go, or if it will ever become useful at all. However, with Ian Beer announcing an important exploit which is soon to be released, and tihmstar recently demonstrating a JailbreakMe jailbreak for iOS 9 devices, it seems like it could once again be an important and exciting time to be involved in the jailbreak community.