Apple today released the second beta of iOS 10.3.2 for the iPhone and iPad, bringing us closer to the release of the next version of the software powering so many of the planet’s mobile devices.

With Apple having also stopped signing iOS 10.2.1 and iOS 10.3, iOS 10.3.1 is the only version of the software that the company is allowing to be officially installed on its devices. 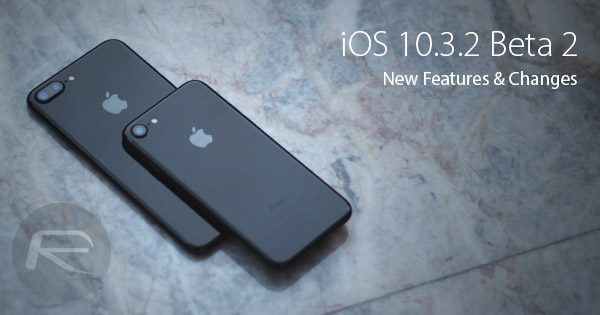 As is always the case with Apple’s beta updates, those who are part of the company’s developer program can get the update now via either an OTA update or the developer portal website.

If you do install it, you probably shouldn’t expect any huge changes to jump out at you, at least that is according to the release notes that have accompanied this new update. Apple’s release notes do not always tell the whole story though, so it is indeed possible that some user interface changes in particular have been applied without a mention in the notes.

Of the things that have been deemed worthy of a line in the iOS 10.3.2 beta 2 release notes, there is a fix that will now allow third-party VPN apps to work correctly as well as a change that allows Safari to support the “prefers-reduced-motion” media query. This allows web developers to create websites that take into account whether a user is sensitive to large amounts of motion, which can be very important to those who are affected. Apple has made great strides in such accessibility features and compatibility, and this new support within Safari will be popular. 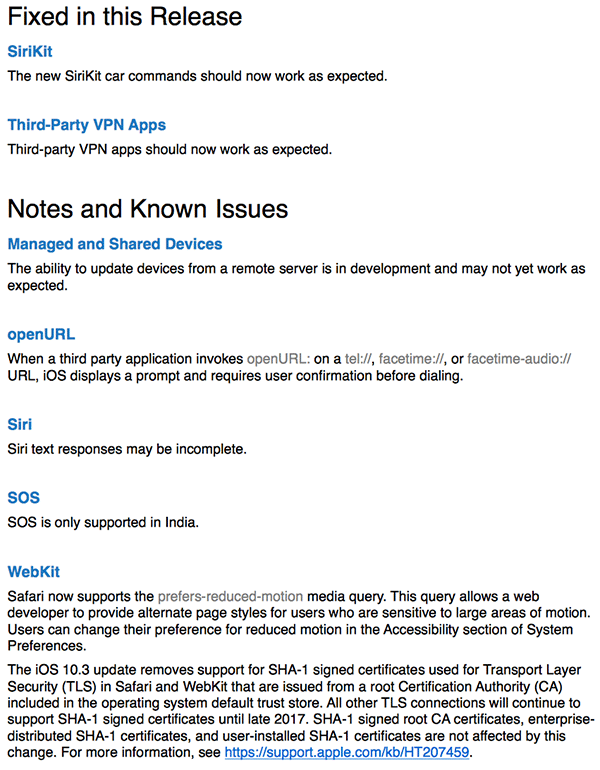 Beyond that however, the changes do appear to be minimal and almost same as iOS 10.3.2 beta 1, though we suspect there are things going on under the hood that we are not aware of.

We do not yet know when the final build of iOS 10.3.2 will be made available for everyone, but when it does happen, we will be sure to let you know!