There’s definitely a new sense of excitement buzzing around the jailbreak community. And rightly so. After a prolonged period of what seemed like total inactivity, we now have a functioning and publicly accessible jailbreak solution for iOS 10 on all 64-bit devices running firmware version up to iOS 10.2. This means compatible devices can now not only be liberated and offered freedom from Apple’s stronghold, but also interact with Cydia and download those beautiful and highly sought after jailbreak apps, tweaks, and extensions. The question is, which packages and tweaks actually offer compatibility with those iOS 10.1.1-10.2 devices? 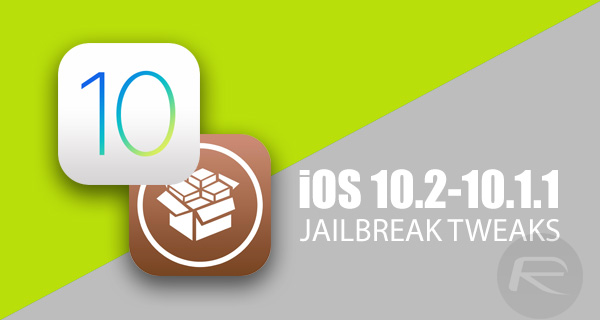 With Mach_Portal+Yalu jailbreak for iOS 10.1.1 being available for over a month, developers have had plenty of time to make their tweaks compatible with iOS 10. And now with updated and stable yalu102 jailbreak for iOS 10.2 with built-in support for Cydia Substrate (also known as MobileSubstrate), most packages that worked on 10.1.1 should now work on 10.2 as well.

With that said, some tweaks may still need to be updated to offer full iOS 10.2 support, which is where this compatibility sheet comes in.

As always seems to be the case, the jailbreak community has put together a crowdsourced list of packages and extensions on Google Docs in order to try and show which tweaks on Cydia offer full compatibility with the jailbroken iOS 10 firmware, and which ones offer partial compatibility.

This is a continuously updated resource, meaning you should be referring to it continually to see if any new packages have been added to the compatibility list. It should also definitely be checked before you actually take the jump and install something as this could cause bigger problems with your device than you’re actually prepared to deal with.

The full continuously updating compatibility list for iOS 10.0.x-10.2 jailbreak tweaks can be seen below.