Here’s a simple, step-by-step guide on how to move multiple app icons at once on the iOS 11 Home screen on an iPhone, iPad or iPod touch device.

Apple’s iOS 11 is coming along nicely, with multiple betas already under the release’s belt and plenty more likely to arrive before the software is ready for prime time. Universal wisdom suggests we will see iOS 11 land in September alongside two, possibly three, new iPhones and there is plenty to look forward to from the new release.

One of the new additions, while unlikely to change the way you use your smartphone or your tablet, will be a welcome new feature for those that use it. We are, of course, talking about the ability to move multiple icons at once when rearranging the Home screen. Finally, after 11 goes, Apple has brought this to the iPhone and iPad.

If you are using one of the beta builds of iOS 11, then you can give this a try now, and if not, then you will obviously need to either pluck up the courage to install an early iOS beta – we don’t know if we would recommend that for the feint of heart – or wait for September. Whichever option you plump for, here is how you will be moving multiple icons around once you have iOS 11 locked and loaded.

Step 1: Tap and hold on the first icon that you want to move, as normal, but don’t let go. 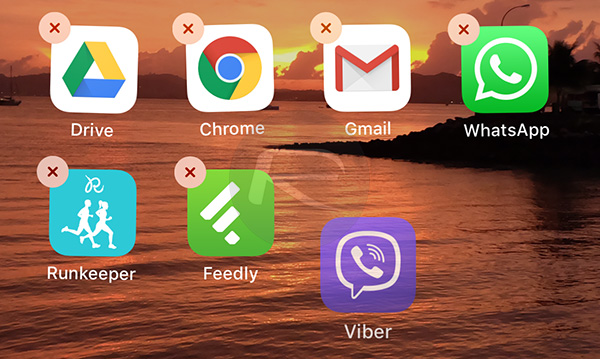 Step 2: When the icons start juggling, and with your finger still on the original icon you tapped, tap on the additional icons that you want to move as well. You only need to keep holding the first icon.

Step 3: When you have tapped all other icons, drag the first one you held to wherever you want to move everything to, and then let go.

Step 4: Sit back and wonder why it’s taken ten years for this to be a thing.

That’s all there is to it. This won’t be the biggest new feature in iOS 11, but we venture it will be a pretty popular one regardless.