Leaks pertaining to the iPhone 8 are pretty commonplace these days, and you can’t open a web browser without someone somewhere apparently showing off a part that is supposedly going to form a new iPhone at some point in its life.

Today is absolutely no different in that regard, because we may have been treated to one of the best leaks yet – photos of the iPhone 7s, iPhone 7s Plus and iPhone 8’s rear panels plus the front display panel for the 2017 flagship. 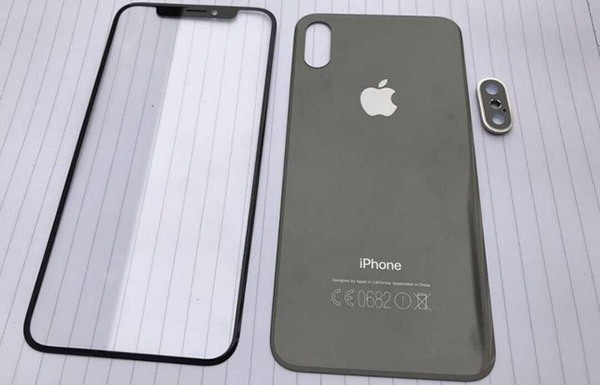 The photographs, which come from a Reddit user who claims to have an acquaintance working in the industry, show what are said to be the rear panels that will be used in this year’s iPhone lineup. All three appear to be made of glass, which would suggest that the iPhone 7s, iPhone 7s Plus and iPhone 8 might all feature a wireless charging capability that was previously believed to be something that only the highest end release would boast.

The iPhone 8 panel also shows the new vertical camera aperture that has been all-but confirmed at this point.

I have a friend in the industry who just sent me these. He said the Chinese manufacturers got these last week.

Big surprise for the iPhone 7s/7s Plus—supposedly it’s getting wireless charging as well!

Along with the rear panels with no place for Touch ID, the front of the iPhone 8 is also said to be on display here in all its bezel-less glory, and again, it is particularly interesting. There does not appear to be any space for a Home button to live, and with past rumors having the iPhone 8 coming with a Touch ID sensor built into the display, this panel leak may prove to be even more important than previously thought. 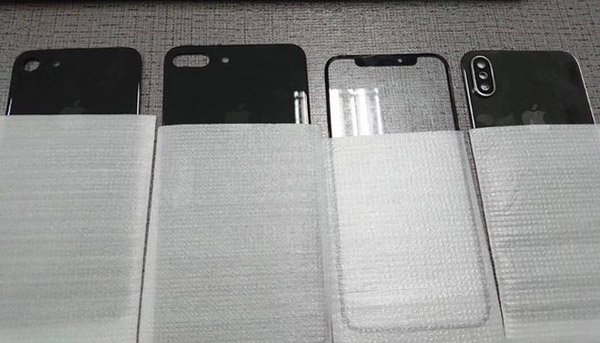 Or it could be nothing. That’s the beauty of this game – we won’t know for sure until September!