The jailbreak community welcomed the release of the iPhone 4S and iPad 2 untethered jailbreak yesterday which was released in the form of a new Chronic Dev Team tool named ‘Absinthe’. At the point of release; the Mac OS X version was the only tool which had been packaged ready for distribution which left Windows users high and dry. Fortunately, the iPhone Dev Team had also produced a powerful Command Line Interface tool which was primarily designed to assist users with debugging and troubleshooting, but can also be used to perform the full jailbreak process.

The CLI tool has been released for the Windows operating system, and requires interaction from a command prompt. Carry on reading for a step by step guide on how to jailbreak your iPhone 4S or iPad 2 using this tool.

NOTE: Before you begin any jailbreak, it is always good house keeping to make a complete backup of your device which can be restored from in the event of any issues occurring. No problems are predicted, but the complexities of using a command line tool should be taken seriously. The following hardware and firmwares are supported in this jailbreak:

Jailbreak Your iPad 2 or iPhone 4S With CLI Tool

Step 1: You will first of all need to download the compressed folder which holds all of the necessary files. You can download the ZIP file from here.

Step 2: The file you have downloaded will be named ‘cinject_0.4.3.zip’. Open that file up and extract the ‘cinject_0.4.3’ folder from within.

Step 3: Once the internal contents of the compressed file have been extracted, place them into a location on your computer, i.e. the desktop or the system’s C: drive.

Step 4: Connect your iPhone 4S or iPad 2 to the computer using the USB cable.

Step 5: After you have found a suitable location for the ‘cinject_0.4.3‘ folder, go to Start > and use the search function to search for Run then select it.

Step 6: A Run prompt will appear, in the box type in ‘cmd.exe‘ which will open up an instance of command prompt on your desktop. 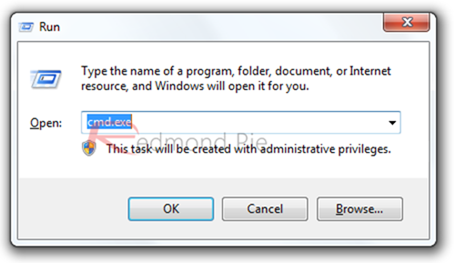 Step 7: You will now need to change directory to the location of the ‘cinject_0.4.3‘ folder. For example, if you placed the folder onto your desktop then you would type the command ‘cd Desktop/cinject_0.4.3′ to get into that directory. 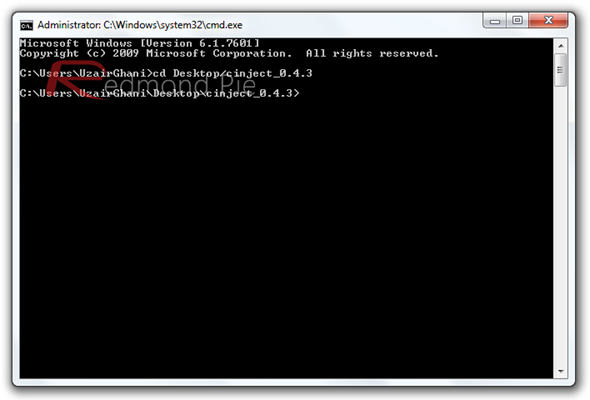 Step 8: The next stage is where the fun begins. Executing the command line interface tool and letting it work its magic. In the command prompt you will need to type ‘cinject –i payloads/jailbreak.mobileconfig’. On your device you will see a screen as shown below, tap on Install, just tap Next when it asks for a VPN password and then tap on Done. 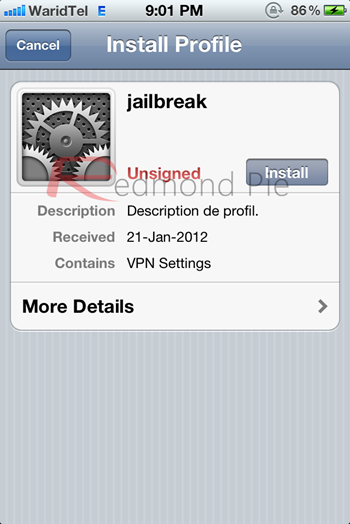 Step 9: After the mobileconfig file has been run, the next step is to execute the payload. You do this by typing ‘cinject.exe -j payloads‘ which jailbreaks the device and points it in the direction of the required payloads. 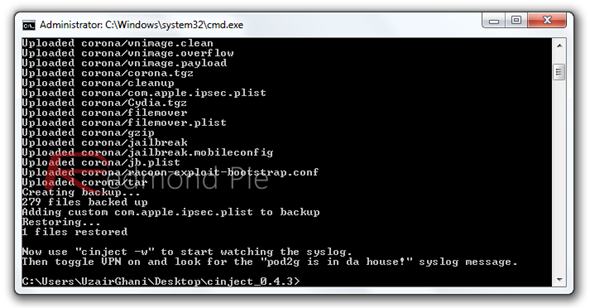 Step 10: The penultimate step is run the ‘cinject.exe -w‘ command which watches the system log. 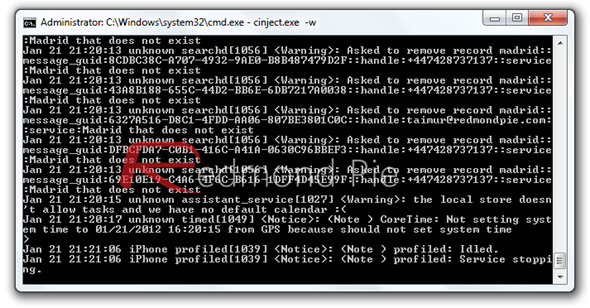 Step 11: Now on your iPhone 4S or iPad 2, go into Settings > General > Network, scroll down and go into VPN and toggle it ON. You should see ‘A configuration error occurred’ message, dismiss it by pressing OK. Let it do its thing, don’t be alarmed, at this point you’ll see an Apple logo on the screen and your device will reboot. 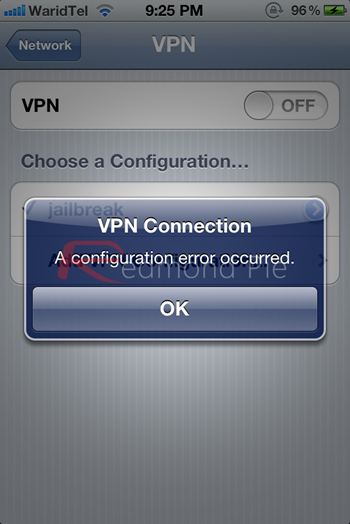 Step 12: After the above processes have completed, your device will have an ‘Absinthe’ icon, which looks just like any other application. Tap this icon and the jailbreak process will be completed. Some users are seeing the Cydia application directly after the ‘cinject.exe -w‘ command is executed so if that happens to you, you can then load Cydia right away.

Through the whole process, the command prompt that you are working in will display a lot of information as each command is executed. Some of this information may look erroneous, but it is perfectly normal. Refer to the ReadMe file which came bundled in the ‘cinject_0.4.3’ compressed file for more information.

If you are using a Mac OS X machine, you can follow or tutorial on how to jailbreak your iPhone 4S or iPad 2 using the Chronic Dev GUI Absinthe. For those of you who are sporting A4 devices, you can follow our complete step by step guide posted here to jailbreak iOS 5.0.1 untethered on iPhone 4, 3GS, iPad 1, and iPod touch 3G/4G using Redsn0w or Sn0wbreeze.