There are surely millions of inventors worldwide working around the clock in attempts to create the next Big Thing to bring to the tech table. Most of them are unrealistic, impractical, or just plain garbage. Occasionally however, gadgets are pieced together to which we can only but stand back and admire. 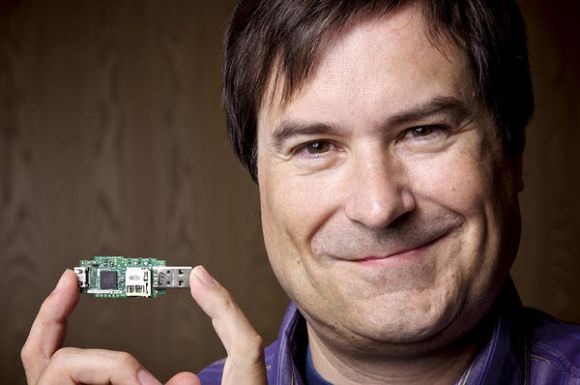 This ingenious little gadget looks, at first glance, to be nothing more than a USB pen drive, minus the shell. However, this baby, which goes by the name of Raspberry Pi, packs more than just flash memory. It’s actually a PC running on Debian Linux, and boasts a 700 MHz ARM 11 processor, 128 MB of RAM, a USB port, and even an Ethernet port.

All that, at a price tag of just 35 bucks. But the cost isn’t the most wondrous part for this geekiest of gizmos; oh no! It even manages support for Apple’s AirPlay, meaning videos can be streamed directly to an HDTV for your viewing pleasure. Sure, it does have to be hooked-up to the max in order to achieve this, but the thought of being able to carry a computer (or numerous computers) in our pockets is something that really entices our inner geek. Check out the video below:

It sure makes for a decent, cheaper alternative to Apple TV, a device which looks to be in its twilight years as Apple gears up for a proper launch into the connected TV hemisphere. Although in production at the moment, no ship date has been confirmed for Raspberry Pi, so don’t be sticking that little black box on eBay just yet.

Nonetheless, at that price, we reckon the demand will be huge, and if you’re into your tech, you’d be crazy to miss out on such a fascinating product.

As a side note, is it just me, or does Raspberry Pi’s creator bear a striking resemblance to Steve Jobs? Maybe it’s just the pride in which he holds aloft his latest gadget; finally able to reveal – after months of hard graft – what he’s come up with. But besides the rounder face, he looks like the long-lost twin of the late, great innovator.

What do you guys think? Leave your thoughts via the usual mediums below!