After releasing a jailbreak app which enables AirPlay functionality via third-party apps, Erica Sadun has now released AirPlayer for Mac OS X which mimics as Apple TV (2nd-gen) to playback videos from iPhone, iPad and iPod touch to your Mac. Perfect for those of you who use 27-inch iMac or Cinema Display as your TV ! 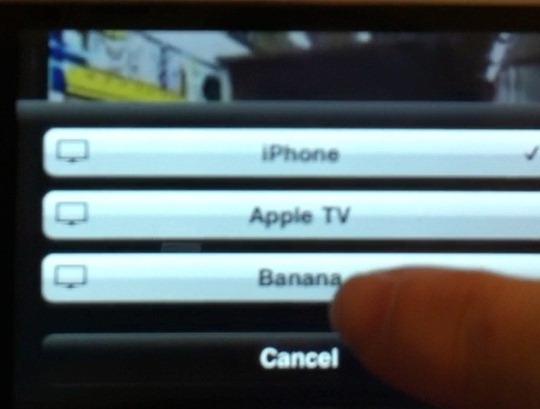 She explains her app as follows:

What AirPlayer does is create and advertise a custom Bonjour AirPlay service that pretends to be an Apple TV. Bonjour is Apple’s zero configuration networking solution for allowing devices and applications to communicate with each other over local area networks. When Apple created AirPlay, it basically set up a new way for Apple TV to interact with iOS using Bonjour communications.

… I was able to put together a basic OS X application that more or less pretends to be an Apple TV.

By interacting with iOS devices the same way that Apple TV does and providing the same kinds of services and feedback, AirPlayer allows you to use your iDevice’s built in AirPlay support to send video to your Mac.

Oh and you don’t even need to jailbreak your iOS device ! All you need is a iPhone, iPad or iPod touch which is running iOS 4.2.1, and a Mac running AirPlayer software and you are good to go.

But if you plan on using this functionality using third-party apps such as AirVideoEnabler or Air Home Video, you will have to jailbreak your iOS device on iOS 4.2.1, instructions for which can be found here.

Here is a short video of it in action: