It was only a few days ago when a proof of concept hack for streaming videos via AirPlay using third party apps was shown on video. This was based on Erica Sadun’s discovery, details on which can be found here. 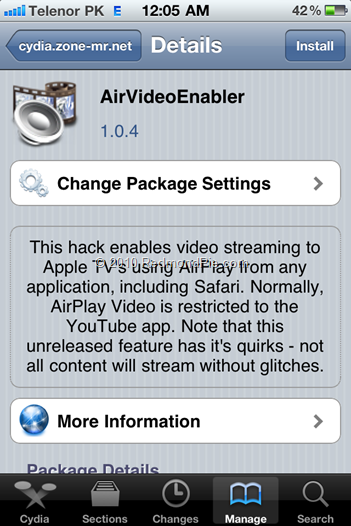 By default, Apple’s AirPlay video streaming feature is limited to YouTube app only. But now, a new Cydia app by the name of AirVideoEnabler is available with which you can now enable video streaming from your iPhone/iPad/iPod touch to Apple TV 2G using any third party apps, such as Safari.

Here is a video of it in action:

Make sure you have a jailbroken iPhone/iPod touch/iPad on iOS 4.2.1, a step by step guide for which can be found here.