Counter Strike is without a doubt the first-person-shooter that kickstarted the whole FPS craze and is probably the game we have to thank for the likes of Call of Duty. It singlehandedly spawned an entire genre, and now you can play the classic game on your Android device.

The clever people over at XDA have begun porting the entire game over to Android and are re-coding the whole thing using the Unity3D platform. Furthermore, the game will support multiplayer and can be downloaded in its current state right now with either Facebook or Kongregate versions available. 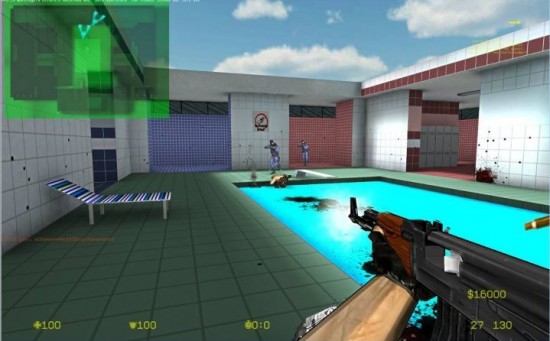 There are currently two versions of the game in development – a version 5o for those running devices with Android 2.0+ and a 6p version for those with Android 2.3+. So yes, if you’re sporting a version of Android below the aforementioned ones, then you’re obviously out of luck, either way you should be on the mentioned iterations of Android.

Owners of Sony’s Xperia Play also get an added bonus thanks to improved controls using the device’s gamepad. That means both the people that picked one of these things up will be able to play against each other, but those with an Xperia Play will undoubtedly have an advantage over those who do not, thanks to those improved controls.

The two versions can be downloaded here for the 50 release, and here for the 6p version. Do remember though that these are still very early days for the Counter Strike Android conversion, with plenty of bugs and strange goings on to be expected. The full game will eventually be faithfully recreated, with all the levels we all grew to know and love those many years ago.

With that said, head on over to the links above and give Counter Strike a whirl on your own Android device and let us know how you get on. We can’t wait to try this classic out on a nice Android tablet at some point!

It won’t make us any good at the game though!