Call Of Duty Elite For iPhone Now Available For Download

It came as no surprise back in November 2011 when Call Of Duty: Modern Warfare 3 was released, the game became the fastest grossing entertainment launch of all time – and this happened within only 24 hours. During the first full day of release, Modern Warfare 3 flew off the shelves 6.5 million times and amassed over $400 million for the owners of the franchise. Considering Modern Warfare 2 and Call Of Duty Black Ops had similar public reaction, the numbers, although significant, were somewhat expected. 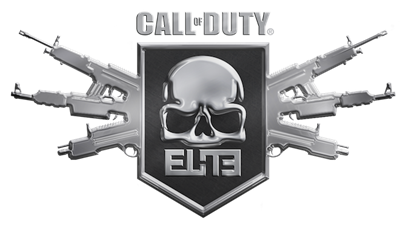 Released alongside the Modern Warfare 3 game was the Call Of Duty: Elite service which provides additional features for the multiplayer portion of the game, based around an annual subscription model for premium content. The Elite service is also available for the Black Ops game and features such as online communities, connecting with friends and customizing your player classes. The Elite package is intended to dramatically improve the multiplayer experience by allow interaction between players, improving gameplay and competing against others in organized events.

Call Of Duty: Elite can either be experienced as a free of charge service, or users can opt to pay an annual subscription charge which entitles them to additional premium content. The free of charge services allows users to perform tasks such as creating a player profile, create an online class, participate in public groups, share HD video and get access to the various suite of applications. Pay for the premium service gives the addition of monthly downloadable content year round competitions with prizes, the ability to analyze game strategy and Call Of Duty Elite TV.

Following up the promise of making the Elite service available as a mobile application, today sees the launch of the Elite iPhone application, which is now available for download through the App Store. The application contains four main sections which provide access to all of the information you will need about your game, player and custom classes. 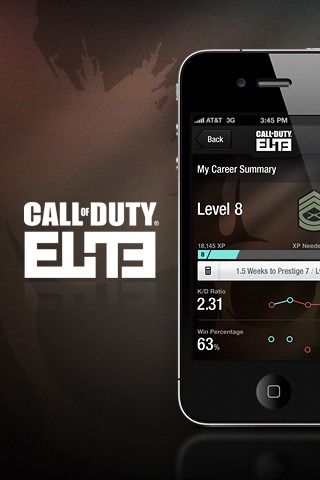 The section dedicated to recent matches lets you look back through your last ten online games from your console account. All of the expected information is there such as kill/death ratios, kill streaks and the scoreboards. It even tells your the gamer tag of your biggest nemesis during the match making sure you can hunt them down in future games an slap some payback on them.

One of the coolest parts of the application is the section which allows you to create and edit custom classes. Naming the class gives you access to everything you would expect and doesn’t appear to be limited in anyway from what you would expect on the console. Selecting primary and secondary weapons, as well as equipment and player perks. Upon saving the class it is then automatically pushed to your account for use when you next log onto the Call Of Duty servers through your gaming console.

As a very casual Call Of Duty player this app and Elite package seems like it goes well above and beyond my needs, but if you are a serious COD enthusiast then this is a must have application for your iPhone.