The Nexus 7 has proven itself to be one of the most popular tablets in the 7-inch department. A gorgeous little form-factor mixed with powerful internal specifications has managed to push the device ahead of the competition, and the 2013 Nexus 7 also follows the same footsteps of its predecessor from last year. However, as popular as the Nexus 7 has proven to be, it’s immediately evident that it differs in some aspects to other Jelly Bean powered tablets.

For those who are used to using a different tablet running Android Honeycomb and up, then the Nexus 7 along with its UI in the current form looks like a big visual jump, also while keeping the phablet UI in mind. Everything is there, everything is functional but there’s something that just doesn’t look or feel normal. The Nexus 7 introduced a user-interface that was essentially a hybrid creation that took inspiration from an Android smartphone interface as well as a full-blown tablet UI. It appalled some, appealed to others, but somehow managed to grow on most people and feel ‘right’. 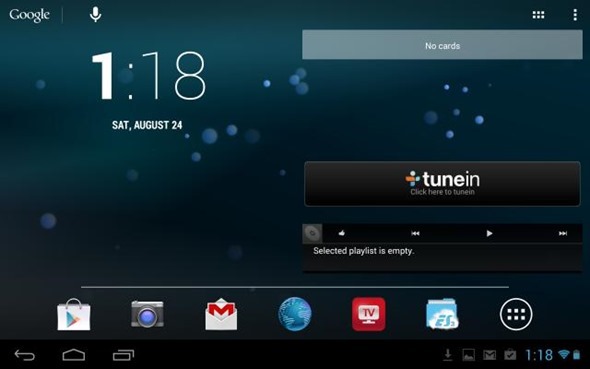 The Android community is extremely well known for being more than happy to investigate internals of Android builds and tinker with whatever they see fit. Although the phablet UI wasn’t entirely terrible to use, it did have create some slightly problematic user-interface annoyances that users would be keen to get around. The changes made to the SystemUI.apk meant that the Android soft keys and specifically the dedicated notification area required a lot more space due to their separation. 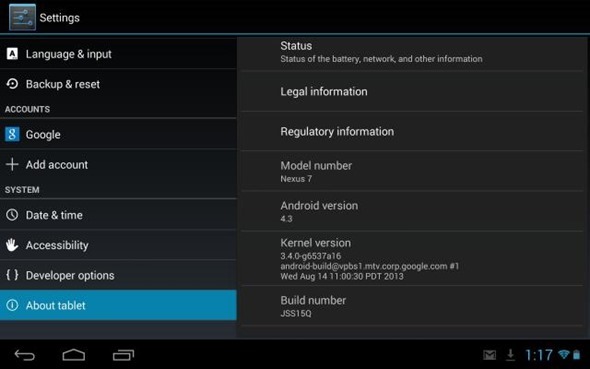 The Android community has never been the type to shy away from any kind of challenge or just make-do with what they’ve been given, and as such it is now possible to get the full Tablet UI for SystemUI.apk up and running on Google’s latest Nexus 7. Most good things often come with a few downsides and this is no different. The modification in its current form doesn’t play very well with the native Android app launcher so anyone going down this route will need to find and use one of the many powerful launcher offerings available. Keep in mind, this does require your 2013 Nexus 7 tablet to be rooted.

For additional information relating to the modification and any known issues check out the original form thread.