Apple’s Siri Is Not A Fan Of Google Glass

It’s fairly safe to say at this point that there is no love lost between Google and Apple, and the latter has used its Siri digital assistant to poke fun at some of Google’s properties in the past. With that in mind, it’s no great surprise that Siri is in fact no great fan of what is perhaps Google’s most popular product that nobody can buy.

Google Glass, the computer-plus-eyeglass solution that is currently only available to select developers, is currently one of the hottest properties in Silicon Valley. That doesn’t mean that everyone has bought into the idea of walking around with an always-on camera and personal assistant attached to your face though, and Apple’s CEO Tim Cook has already suggested that he doesn’t believe that Glass will ever become a mass market product. 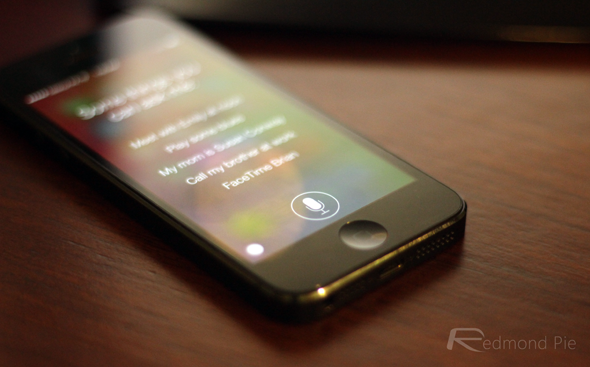 As if to try and prove that everyone inside Apple is singing from the same hymn sheet, the people who pack the magic into Siri have given Apple’s virtual assistant some rather witty, if somewhat harsh responses to a simple command; “OK, Glass.”

For the uninitiated, that particular command is the one that Glass wearers utter in order to wake the product up and have it ready to accept further requests. It’s part of the hands-free control that Glass is aiming for, and it’s also starting to eek its way into other Google products too via a new “OK, Google” command inside Chrome for example.

Now the obvious thing to do if you have a Siri-capable device is to poke it with a subtle jibe, and the current jibe of choice across the internet seems to be to utter the words “OK, Glass” at the hapless assistant. The result, in typical Apple fashion, is a not so subtle retort.

One of the many responses that Siri will offer up to the Google Glass command is a simple “I think that Glass is half empty.” Other responses include: Stop trying to strap me to your forehead. It won’t work” ,”I’m not Glass. And I’m just fine with that”, “Glass? I think you’ve got the wrong assistant”, “Very funny. I mean, not funny ‘ha-ha,’ but funny.”, “Just so you know, I don’t do anything when you blink at me.”

We already knew someone inside Apple had a sense of humor, but we didn’t know it extended as far as Google Glass. Now Siri has thrown down the gauntlet though, maybe Google Now will start sticking up for its search powered brethren.