If you’re a bit of a numbers droid, and like to keep track of statistics, then the tweak from Cydia developer Callum Ryan may be of interest to you. It provides relatively detailed information on the activity of your Messages app, including how many SMS and iMessages you’ve sent or received. Not only is this useful information in terms of ensuring you don’t go over your allowance, but you can also narrow things right down to specific contacts. Check it out after the break.

Although the stock iOS Messages app is still quite lacking in features – particularly when we have the likes of BiteSMS for iOS 7 to compare it to – there’s no doubt that Apple has worked to improve things through the last couple of releases of iOS. iMessage has been a godsend to those heavily invested in Apple products in general, for example, but even with the various Cydia-based tweaks and apps around, there’s still more that could be done. 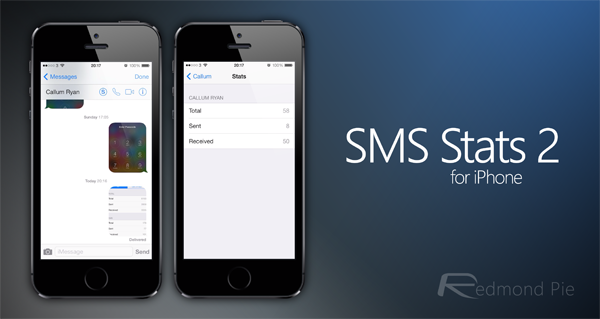 This point has been proved with aplomb by Ryan, author of the SMS Stats 2 tweak, which has now been updated for iOS 7 and now ties in directly with the Messages app, unlike the original SMS Stats for iPhone release. If, for example, you genuinely fear looking at your bill of a month because you think you might have sent a few too many messages, SMS Stats 2 will allow you to see exactly how many you’ve sent in a given month, as well as received.

It breaks things down nicely between iMessage and SMS, which is also very useful. iMessage is, after all, free, but since downtime of the service is still relatively frequent, you may often find yourself racking up SMS messages without actually realizing. 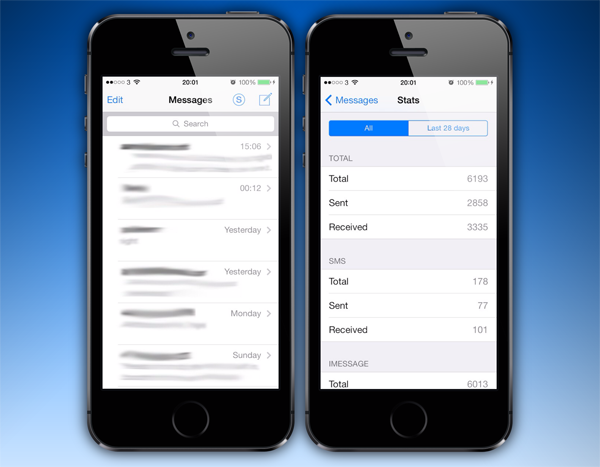 The tweak is compatible with all devices running iOS 7, including Apple’s iPhone 5s and iPad with 64-bit processor, provided that they’ve been jailbroken with the Evasi0n tool in advance. It’s free of charge, which is always a nice bonus, and can be found over at the BigBoss repository.

So, whether you want to remain abreast of your messaging activity or just to happen to be one of those folks who loves their statistics, SMS Stats 2 is a tweak you’ll certainly want to pick up. Download it, try it out on your iOS 7 device, and be sure to leave your thoughts below.