How To Get Classic 3D iOS Dock Back In iOS 7

It’s true that not everyone is a big fan of what Apple has done with iOS 7. In fact, it’s probably more accurate to say that there’s something of an anti-iOS 7 movement on the internet, and while Apple has rolled back some of its more outlandish changes, it’s never going to take all of its alterations back.

One of the things that people won’t like about iOS 7 is its new Dock. Previously a OS X like 3D shelf of sorts, the Dock was where four apps could live and be safe in the knowledge that they would be there no matter which Home Screen page was being displayed. That, thankfully, is still the case. However, that 3D shelf has been replaced in favor of a 2D panel. We don’t mind it, if we’re honest, but we know plenty of people seem to think that panel is the work of Satan himself. That is, they really, really don’t like it. 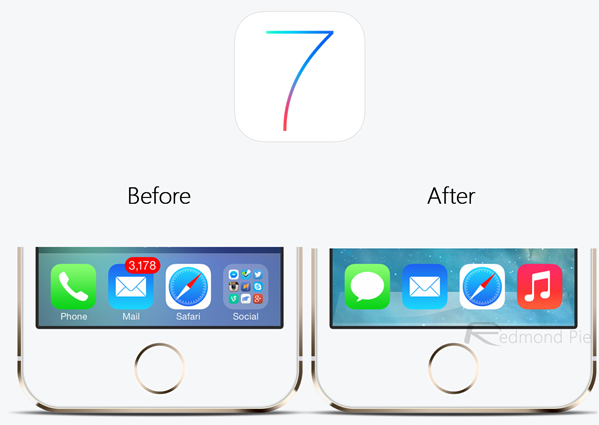 So, as tends to be the case with these things, its left to the jailbreak community to come up with a solution and in the form of ClassicDock, that’s exactly what it has done.

ClassicDock, available for download from BigBoss repository on Cydia right now and free to anyone who wants it, will do what a lot of people have been hoping Apple will do; kill that 2D Dock in favor of the old 3D solution on iOS 7 that we all go so used to over the years.

As far as tweaks go, ClassicDock is one of the more simple. There’s no complicated customization to do, and once installed you’ll be rid of that iOS 7-style Dock completely.

The bad news comes in the form of compatibility. Currently, those packing an iPhone 4 are out of luck and will be stuck with their current iOS 7 Dock, at least until the tweak is updated. It also looks like ClassicDock isn’t yet compatible with betas of iOS 7.1, but given the fact that the newly updates version of iOS is still in testing be developers, that isn’t going to be an issue for most just yet. We’d expect an update to land correcting that particular issue, too. 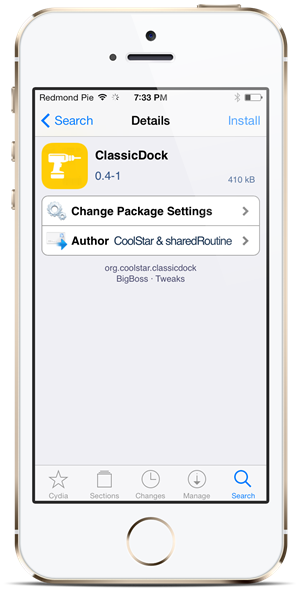 If the iOS 7 dock really gets your goat and you’re not using an iPhone 4 or the iOS 7.1 betas, then ClassicDock may be just what you’ve been looking for.