Here is a simple, step-by-step guide on how to check Apple Pencil firmware version number using an iPad Pro the stylus is connected to.

After having resisted a stylus for so long, Apple’s introduction of the Apple Pencil was overdue and also very important for the announcement of the iPad Pro.

Since then, the Apple Pencil has become the main reason to buy Apple’s highest-end tablets, and with very good reason. When it comes to drawing, scribbling or taking notes on an iPad, nothing can do what the Apple Pencil does and that is thanks to the technology involved in both the iPad Pro, and the Pencil itself.

As a result of all the technology involved, the Apple Pencil actually needs its own firmware. That firmware tells the stylus how to work and how to talk to the display that it is touching, and as is the case with all things that have firmware telling them what to do, the Apple Pencil’s firmware gets updated automatically, so how do you tell which version yours is using right now?

We’re glad you asked, because here is exactly what you need to do in order to check the firmware that your Apple Pencil is currently using.

Step 1: Connect the Apple Pencil to iPad’s Pro’s Lightning port. We thought that part might be rather obvious, but it never hurts to be sure!

Step 2: Open the Settings app on your iPad. 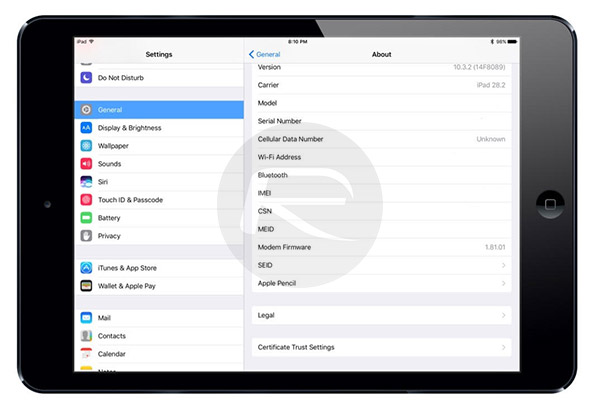 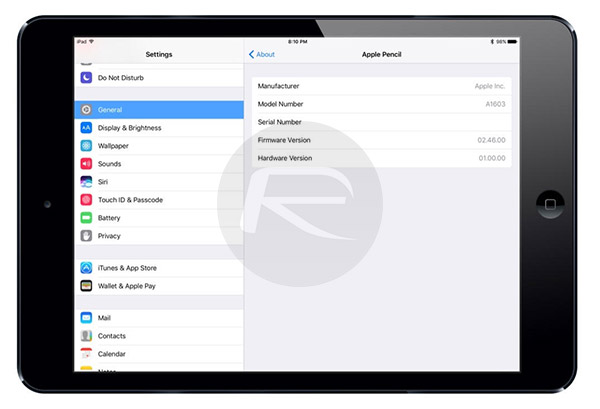 Step 4: Here, you will find information about your Apple Pencil, including its firmware version.

That’s all there is to it, really. Apple does not detail what each version of its Apple Pencil firmware offers, or what changed between releases and it is fair to say that whatever those changes are, they are likely bug fixes and performance improvements alone – after all, there is only so much you can do with the software that powers a stylus!