If you are enjoying all of the spoils that come with using iOS 11, or are planning on getting involved in the process at some point, then you are likely going to want to know when Apple is expected to drop the next development pre-release seed or the next available public beta. We’re currently sitting with developer beta 3 and public beta 2 version, and we’re going to look at when the next versions are likely to land in the public domain. 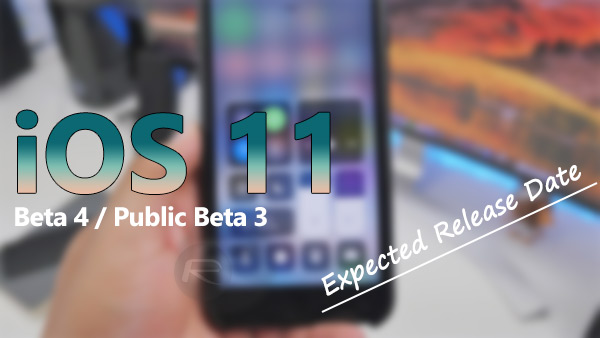 Let’s make it perfectly clear here, Apple must have a strict deadline in place when it comes to the public release of iOS 11. We are expecting the new 2017 iPhone lineup, including iPhone 8, to drop this coming September, which essentially means that the company needs to have iOS 11 signed, sealed, and delivered in time for that release in order to ensure that all new devices ship with the platform installed. There’s going to be a lot of work going on internally to ensure that the deadline is achieved, and that should hopefully mean that Apple will continue to deliver updates on a two-week basis like it has in the past for major beta releases like that of iOS 11.

If that two-week release schedule is adhered to, then we would expect Apple to release the fourth developer pre-release seed of iOS 11 on Monday, July 24th, 2017. That release aimed at developers, would be quickly followed up with a public beta 3 release a couple of days later on Wednesday, July 26th, 2017.

This would mean that both developers, and public testers, would have the latest version of iOS 11 on their devices, and that both sets of testers would be able to interact with the new improvements and features based on the provided changelog, as well as be able to provide instantaneous feedback to Apple in order to continue that refinement.

One of the interesting things to note that often gets lost during the release process is that beta 4 for developers and public beta 3 would essentially be the exact same builds of iOS 11. Apple may release them at different times through different development branches, but they are in essence the exact same version just with a different staged release number.

From a development and testing perspective, it means that feedback and bug reports are coming into Apple’s engineers via the feedback system for the same version of iOS 11.