Here’s how you can use the new iOS 11 Instant Notes feature which is available on iPad Pro models with Apple Pencil.

This particular feature wasn’t discussed during the opening keynote of this year’s WWDC, but it is one of the more impressive refinements in the platform for those with an iPad Pro and Apple Pencil. Follow the simple steps below to get up and running with Instant Notes, which is just one of a number of important improvements to the stock Notes app experience. 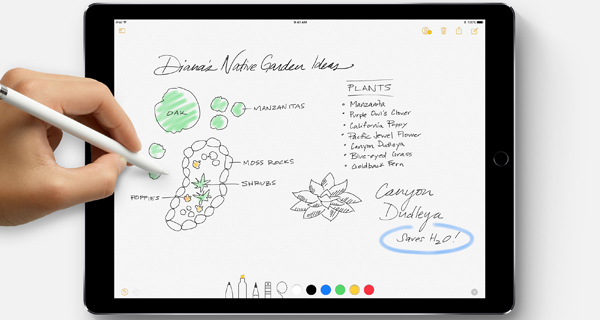 This feature definitely won’t appeal to everyone, as it requires an Apple Pencil to activate, but for those in a professional or educational capacity it’s a no-brainer for its simplicity and time-saving capabilities. It’s called Instant Notes because it really is instant. You don’t even have to unlock your iPad to start taking notes. All you need to do is to tap or jot the Pencil on the Lock screen of iPad Pro and you are instantly taking notes.

If it’s not enabled by default, you’ll need to first enable the feature. To do this, simply head in Settings > Notes, and make sure that the “Allow on Lock Screen” toggle for the Apple Pencil is set to the ON position. That’s it, you can now go ahead and lock the iPad to its standby state. 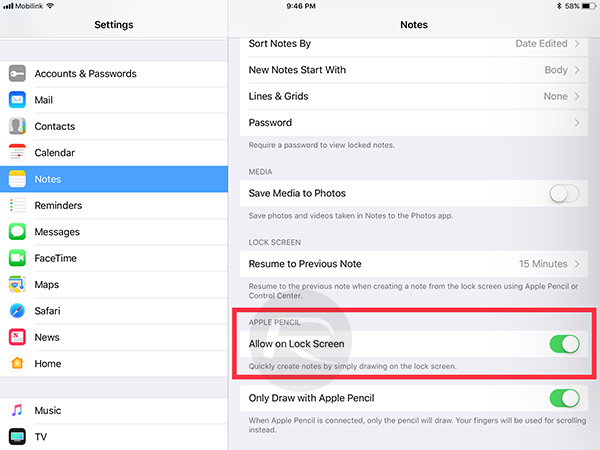 Simply wake the iPad up using the Sleep / Lock button or the Home button, and then using the Apple Pencil, simply tap the tip of it onto the screen of the iPad in its awakened state on the Lock screen. This will instantly set and load up the Instant Notes feature.

With the Instant Notes feature active, you will get full access to an array of pens and styles to take different types of notes. When done, simply press the iPad Power button down like you normally would to close the note taking session.

Do note that this feature starts up a new note each time it’s invoked, but as suspected, that can be adjusted. You can get back to a previous note easily as well.

Simply head over to Settings > Notes > Resume to Previous Note option and select the duration in which a previous note will be opened. You can set that to 5 minutes, an entire day, or even Always. 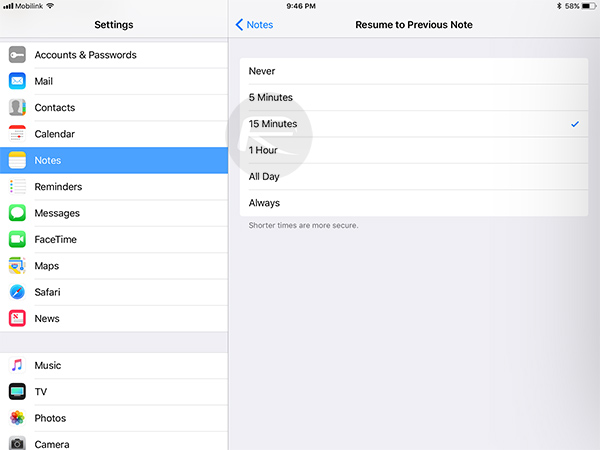 The Instant Notes offering isn’t quite the full Notes app experience, but more of a quicker way for taking notes and annotating without actually having to go through the full process of unlocking and opening the device up and then locating the Notes app to launch it.

And that’s really all that there is to working with the Instant Notes feature in iOS 11. It is definitely a new and worthwhile feature that will likely appeal to a lot of professional users and students who need to capture notes quickly without having to have the device unlocked and draining the battery.