Apple has just pushed out HomePod firmware 13.2.1 for download. The update comes only a few days after initial 13.2 release for HomePod owners to address bricking problem.

Earlier this week when Apple released 13.2 firmware update, some users who updated their HomePods to the latest version found their smart speaker getting bricked once it was rebooted or removed/reset from the Home app after the update.

Since HomePods don’t have any port for users to reinstall the firmware themselves, those who had their devices bricked then had to take their speakers back to Apple for replacement.

With 13.2.1 update out now, those who previously updated to 13.2 but have been fortunate enough not to have their speaker bricked, and those who are still on 12.x after Apple pulled the 13.2 update following bricking complains, are advised to update as soon as possible to avoid any further bricking inconvenience. 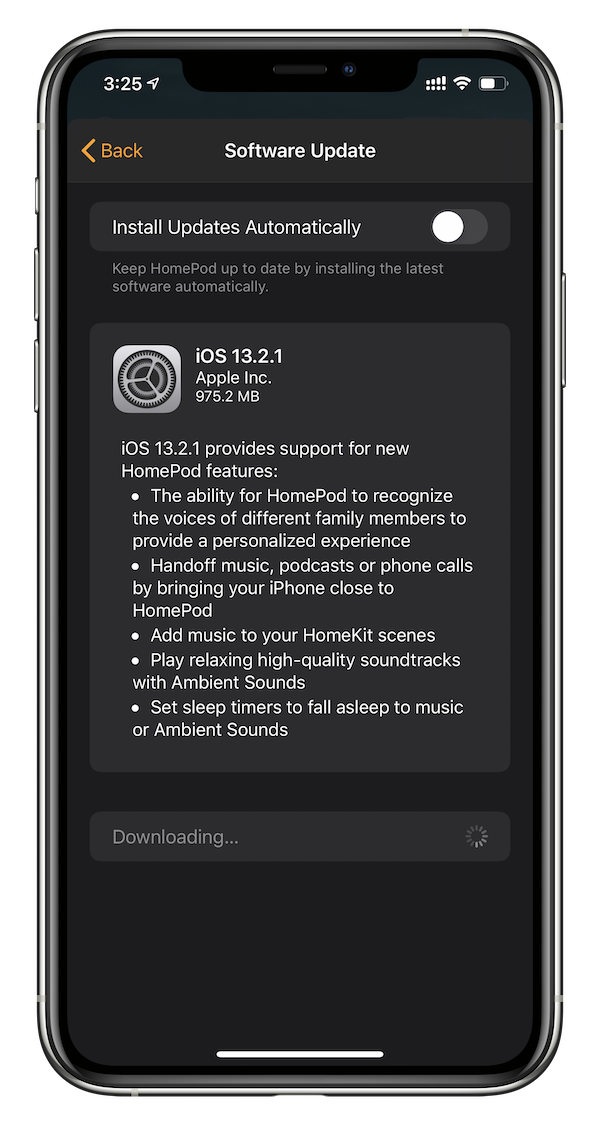 HomePod 13.2.x is a major update for Apple smart home speaker which brings a lot of new features to the table such as ability to Handoff music, podcasts or phone calls, multi-user voice recognition, and much more.

To update to 13.2.1, simply launch the Apple Home app on your iPhone and head over to “Software Update” section and then wait for the OTA Update to show up. Once it pops up, simply download and install the update to get onto the latest version.