Tesla’s Model S Plaid has started leaving the production lines, and thanks to one owner, we now have a look at the the vehicles new screen configuration loaded with the latest UI from the automaker.

The Model S Plaid ditches the old portrait screen orientation for a landscape one, just like the Model 3 and Model Y. However, the UI on the Model S is different to that found in the Model 3 and Y given that the former features a separate screen for the instrument cluster, and the lesser expensive models don’t. 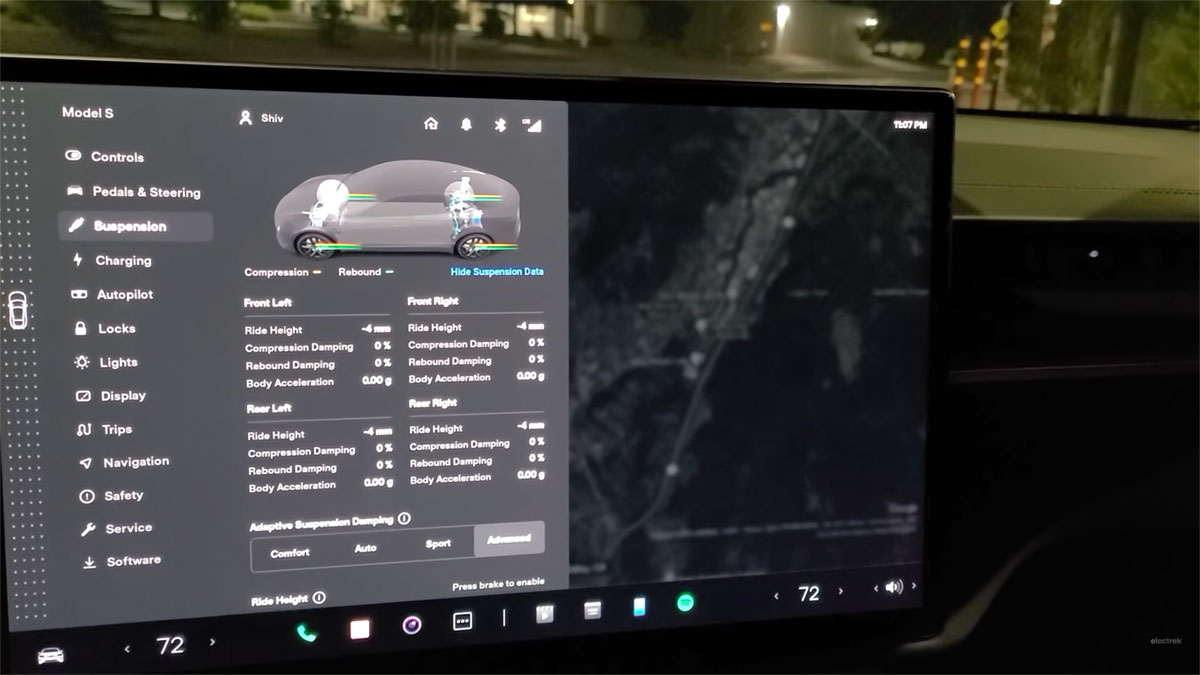 Coming back to the new UI, we can immediately see a new and improved controls window along with an app launcher, and that the navigation app takes up the entire screen.

Remember how Elon Musk hinted at a new way to shift between driving modes on the latest Tesla? As noted by Electrek:

Also, on the far left side closest to the driver, you can see a dotted band that runs the entire screen. That’s in some way Tesla’s new shifter.

As previously reported, the automaker is now hoping that drivers will rely more on its ‘auto shift’ feature that uses Autopilot to determine on which driving mode (Drive, Reverse, or Park) the vehicle should be on, but a quick swipe up or down on that band will also change it from drive to reverse. 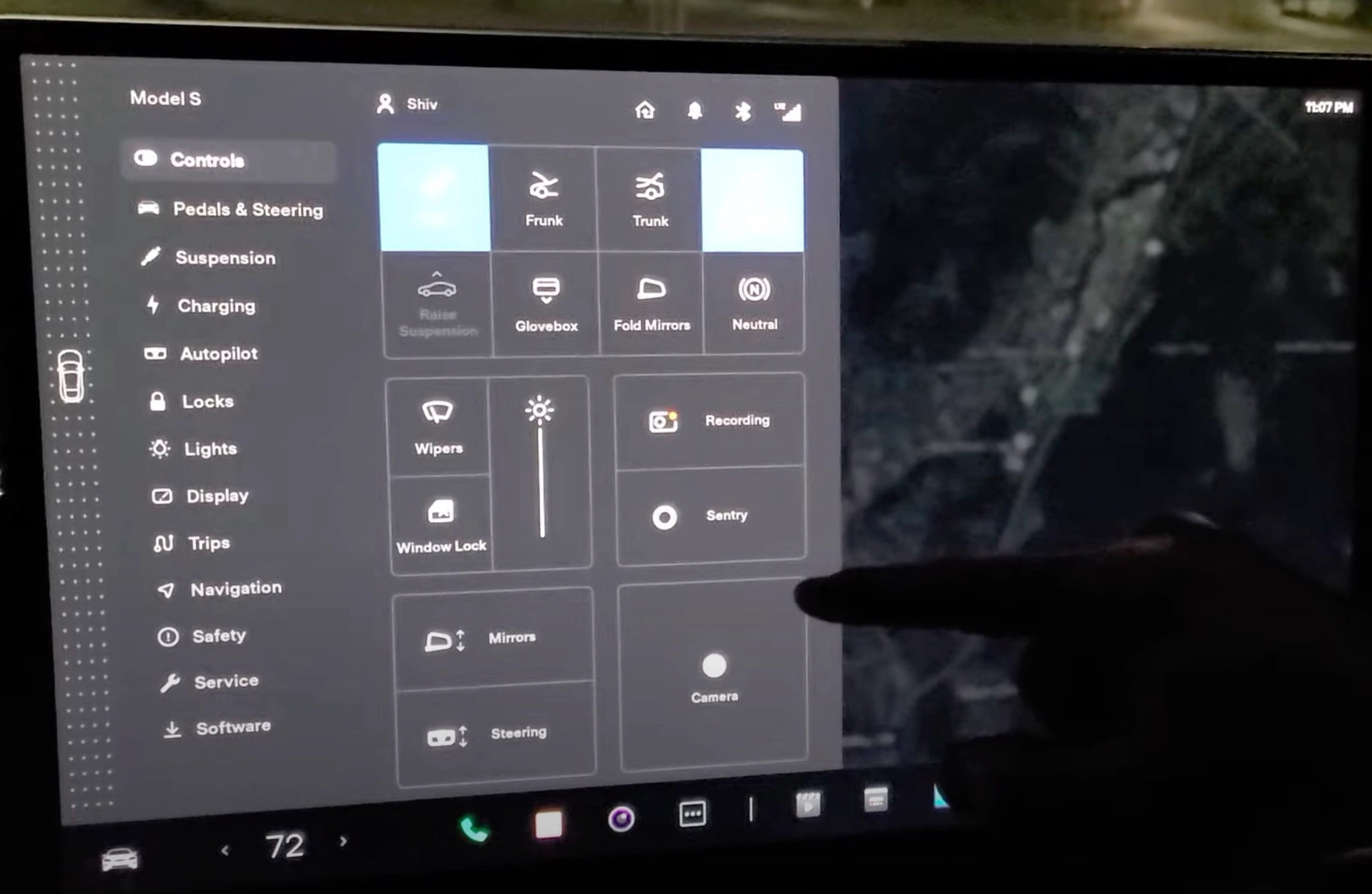 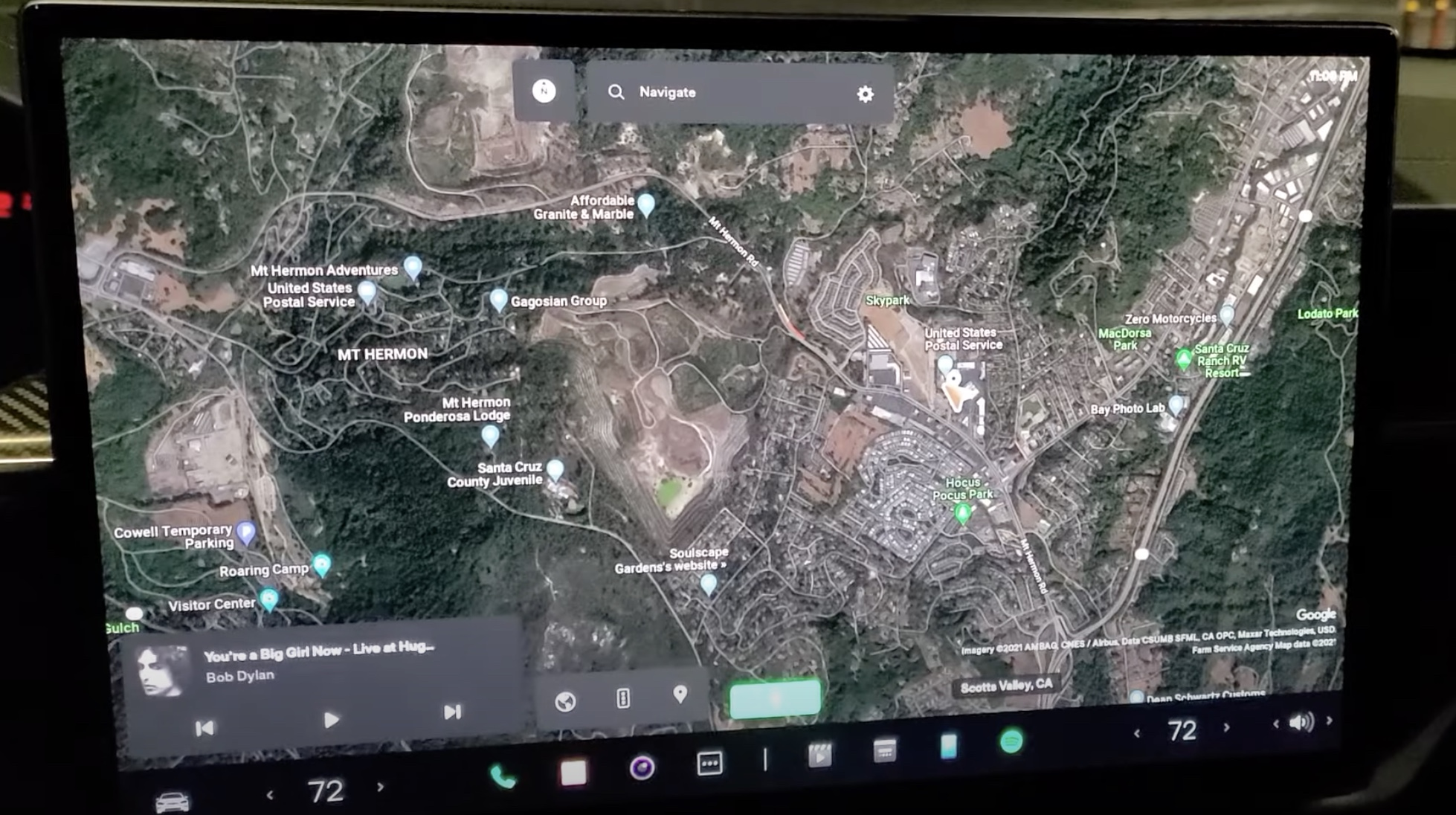 The instrument cluster on the new Model S is also more bold with it taking up more of the display than before. Thanks to the new yoke steering wheel, the view of this panel is also unhindered and looks great.

Like the Model 3, we also have the same hidden AC vents integrated into the dash, along with new a control UI that is accessible from the second row-screen.

These settings are also accessible through the second-row screen, which also has access to all the entertainment features, which is a big part of the interior update to the Model S with the new PS5-level gaming computer inside the vehicle. 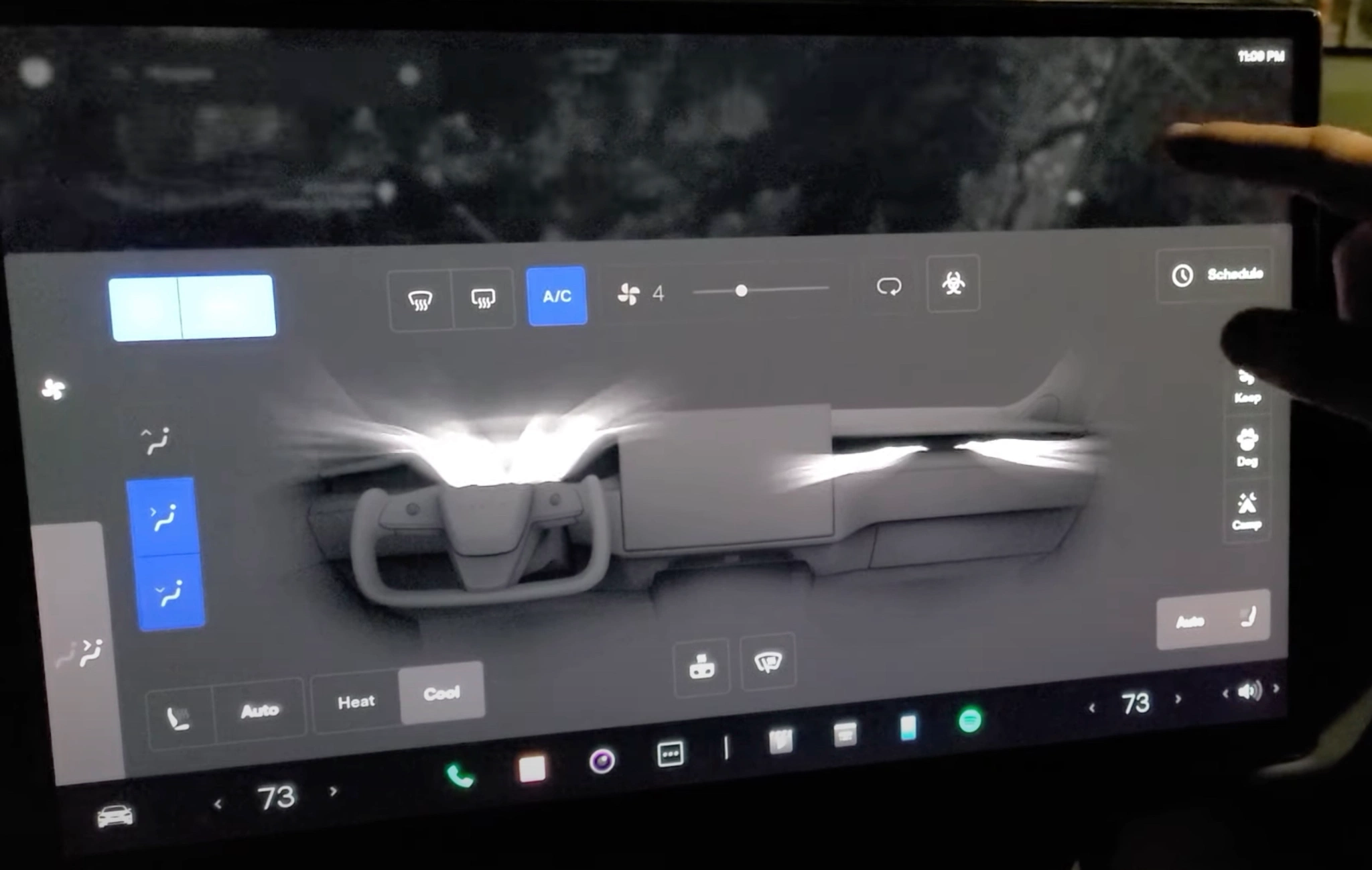 As for entertainment, the Arcade and Theater apps have been left unchanged, albeit the system now has performance comparable to a PS5. We’ve already seen it run Cyberpunk 2077, which is a huge achievement.