When Apple first introduced folders in iOS way back with the iOS 4 release, it was largely laughed at by Android fans for being flimsy and barely functional. They had good reason to do that, too; Android has had a much functional, not to mention useful, folder organization system since time immemorial, whereas iOS’ initial attempts were lousy and half-baked at best. In fact, there were so many lacking bits and pieces, and glitches, that one of them ended up serving a purpose that wasn’t originally intended; the ability to nest folders within folders. It appears that the same glitch has carried over all the way to iOS 8 as well, and using the same technique (which we’ll describe going forward for the uninitiated), you can nest folders within folders even in iOS 8 and iOS 8.0.2.

Back in the day, it all started when a lot of iPhone and iPad users found the Newsstand to be more of a nuisance on their device’s home screen rather than of being actual use. There was no way of getting rid of this annoyance, either, since it was one of the native apps that Apple doesn’t allow you to remove. However, since the Newsstand was more of a folder than being an actual app icon, it wasn’t possible to put it into another folder, either. That was the point where some clever users discovered that if you try to put a folder within another one while the other one was being created, it actually worked. Confused? Let us dumb it down for you a little. 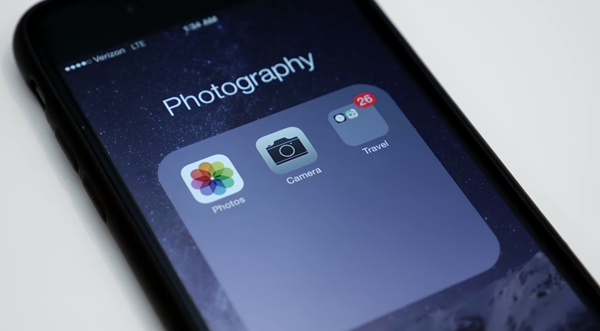 Step 1: Press and hold any app icon on your iPhone or iPad running iOS 8 to enter the wiggle mode, where all the icons start vibrating and allow moving around.

Step 2: Drag and drop an app icon over another to create a folder, as you normally would.

With good timing and luck, you should be able to put the target folder inside the newly created folder with ease. Once the folder is nested, you can rename the parent folder as you normally would, and even take out any unwanted apps. Taking a nested folder out of the parent one is as simple as dragging it out in the wiggle mode.

As we noted earlier as well, this isn’t a feature in iOS; it’s more of a glitch that works in users’ favor. Still better is that it works without jailbreaking, so you’re all set there.