Here Are The Most Watched Streamers, Twitch Games Of 2019

With 2019 coming to a close, live streaming toolkit StreamElements has partnered up with streaming analytics platform Arsenal to compile a few of the industry’s salient metrics. This includes platform market share, and more interestingly, the top streamers and games by number of hours watched.

The market share chart doesn’t come as much of a surprise, with Twitch continuing to lead the pack fairly uncontested. The Amazon-owned streaming platform accounts for 73% of the market. YouTube Gaming comes in second with 22%. Both Facebook Gaming and Mixer grew 2% YoY to nab 3% each of the market share after having signed streamers from competing platforms. As for hours watched, Facebook Gaming saw the biggest growth at 210% and Mixer came in second with 149%. Of course, their total traffic still pales in comparison to the numbers Twitch and YTG continue to pull in. 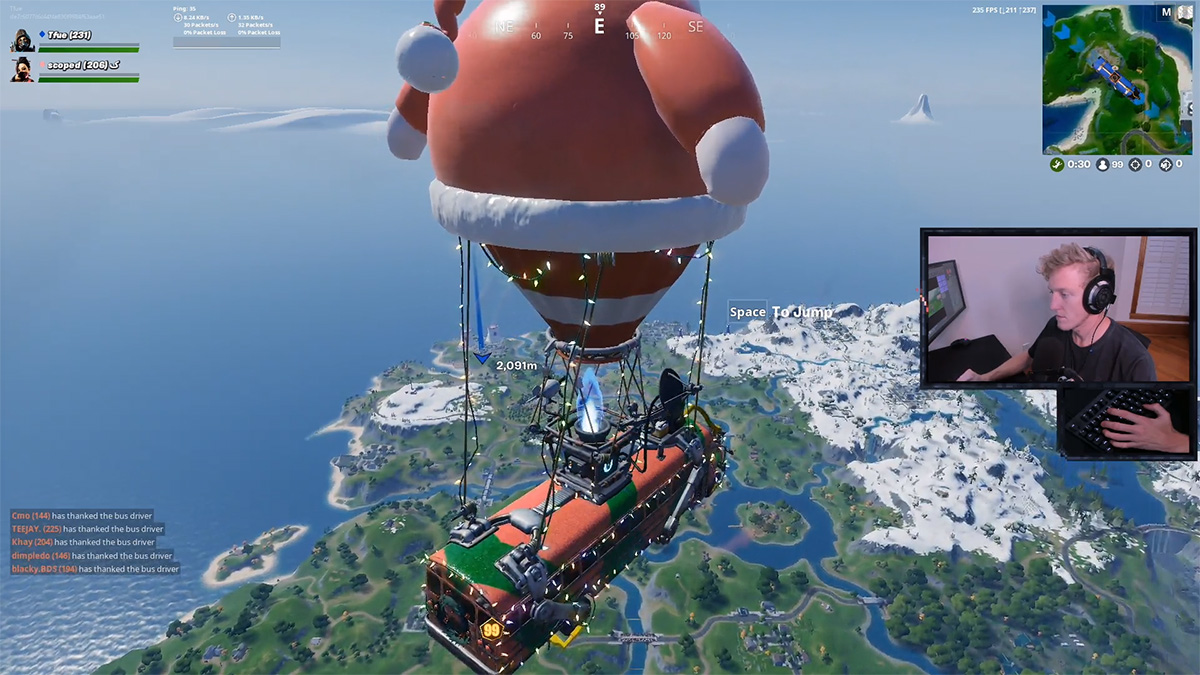 The competition between streamers and games may be more the average viewer’s speed, however. The chart for top Twitch games, in particular, makes for an interesting read. It shows that Fortnite’s Twitch viewership dropped 28% YoY while that of GTA V grew by a whopping 277%, likely owing to an increasing number of top streamers trying their hand at custom role-play servers the likes of NoPixel.

The only new release to break into the top ten in 2019 was none other than Respawn’s new battle royale Apex Legends, securing a spot at number 8 with 294m hours.

League of Legends took the top spot with 990m hours watched while Fortnite dropped to number 2 with its hours watched dropping from 1.2b in 2018 to 884m this year. PlayerUnknown’s Battlegrounds, which secured the number 5 spot in 2018, dropped out of the top ten entirely in 2019. 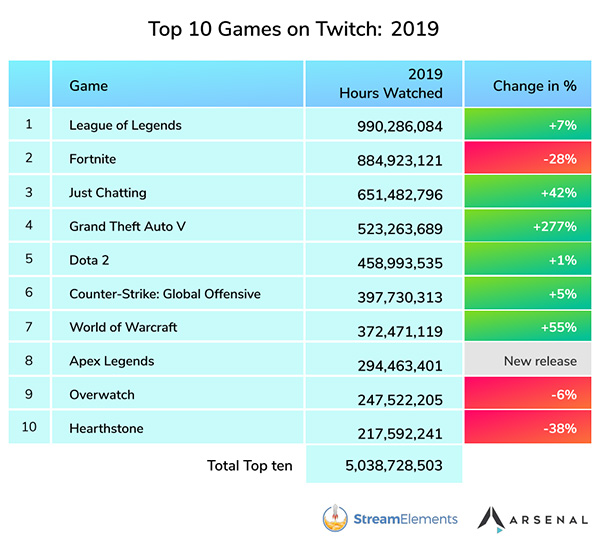 Top streamers saw a shift in their viewership as well, with Fortnite streamer Tfue taking the crown by a sizable margin of over 22m hours watched. Despite having suffered significant drops in viewership following their migration to Mixer, former Twitch frontliners Shroud and Ninja both managed to snag spots in the top five. 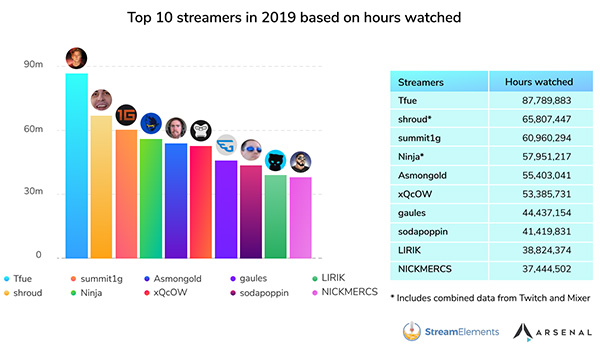 The full report features additional analytics, such as top female streamers and top new franchises on Twitch. You can check it out via the source link below.