Intel’s latest Haswell processors may not have increased performance a grand jot over last year’s Ivy Bridge, but in terms of efficiency, the improvements are clear for all to see. With Apple’s MacBook Air 2013 range already reaping the benefits with vastly increased battery life, the MacBook Pro notebook would seem next in line, and according to a report, Haswell-powered MacBook Pros will begin shipping next month.

Notably, the report from Hong Kong-based EMSOne suggests the refresh will be announced on the very date that Apple is set to announce the new iPhone 5S and 5C – September 10th.

With the MacBook Air being an immensely popular machine nowadays, Apple opted to treat the uber-thin notebook to Haswell first, but with the Pro being the ultimate for productive types, many will be keen to jump on the new Intel chip.

Although Haswell has made a name for itself as an energy-saver, the chip also brings significant improvements in terms of graphics. With the MacBook Pro boasting a Retina display and Haswell brining superior graphics performance over the previous generation, those gaming on their machines should be able to notice some improvements.

At this point, the fate of the non-Retina MacBook Pro, which is the only computer now on sale featuring an optical drive, is unknown. With a price point significantly lower than that of the Retina variant, it continues to sell, but with Apple apparently phasing out some of its main components, including, of course, the hard drive, one has to wonder whether its days are numbered. 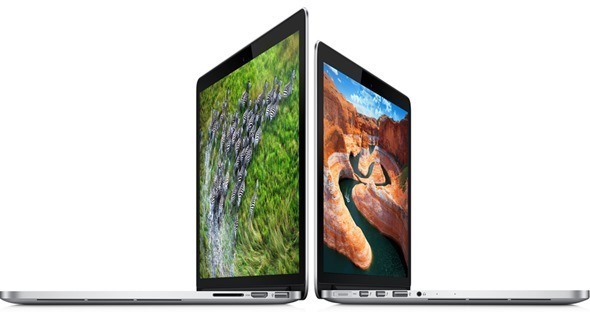 Although the older MacBook Pro looks and feels rather rotund, its niche as a high-end notebook for a MacBook Air price point may see it live to fight another day, and as the proud owner of this machine myself, I certainly hope Apple keeps it afloat.

All will be revealed on September 10th, and although we’ve gotten a little excited about the new iOS devices, lest we forget that the MacBook Pro could also be getting some major attention. With OS X Mavericks soon to be released, it’s sizing up to be an ideal time for MacBook Pro shopping, and we’ll keep you guys duly updated as and when we hear any more information!