Microsoft CEO Steve Ballmer will be retiring in the next twelve months, according to an official announcement from Microsoft. Ballmer, who succeeded Bill Gates at the turn of the millennium, will continue as the Redmond outfit’s chief for the foreseeable future, as the company begins the hunt for his replacement.

Acknowledging that, at the age of 57, he’s reaching the latter stages of his career, Ballmer stated that “We [Microsoft] need a CEO who will be here longer term for this new direction,” referring to the transition being made within the company from software maker to offering numerous devices and services.

Microsoft has been the world’s largest software company for decades, but in recent years, has sought to compete in a number of fields, with hardware becoming a focal part of business. The Xbox, as well as the likes of the Surface tablet, are now integral to Microsoft’s continued growth, and to rubber-stamp the expansion, the company is now on the hunt for a new face at the top.

Ballmer first joined the Microsoft team back in 1980, having first met Bill Gates, the founder, at Harvard University back in 1973. In thirteen years as the head honcho, Ballmer has drawn criticism at times, with investors often critical of the company’s lack of gusto in its adaption to the modern-day mobile market. 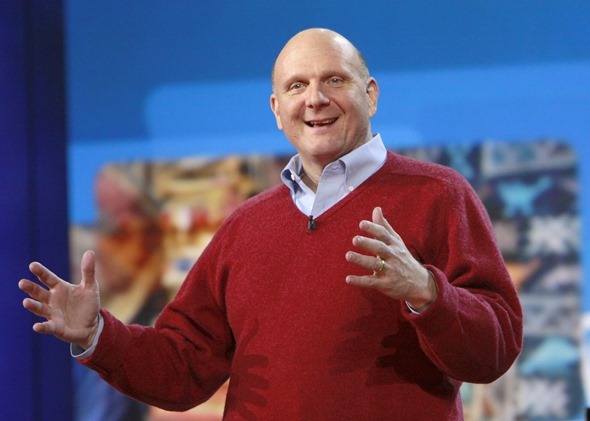 With the Surface RT only arriving last year – some two-and-a-half years after the iPad – the product has struggled to make any sort of mark, and although the Surface Pro has fared decidedly better since its January release, it’s fair to say that for a company of Microsoft’s stature, it’s mobile prowess is fairly inconsequential.

So, it’s quite clear that Microsoft is looking for somebody to step in with fresh ideas, particularly for the mobile space. Windows Phone 8 has very little market share despite its intuitive interface, and with no tangible ground being made on iOS and Android, one suspects that few with interests in Microsoft will be too sad to see the back of Ballmer. 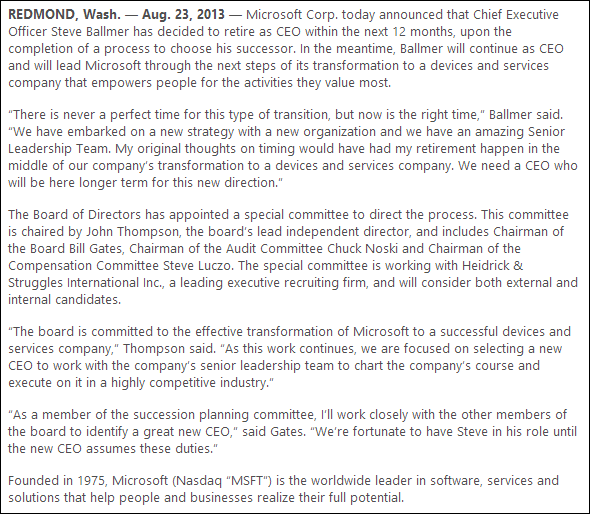 It will certainly be intriguing to see who steps into those rather large shoes, and more importantly, what the reception / impact will be once the new individual is found. For the meantime, though, Ballmer’s days are numbered, and we’d love to hear your thoughts on the matter; so drop us a comment below.