iWork For iCloud Beta Now Available To Everyone For Free

It seems that Apple is well and truly embracing the beta testing spirit at the moment. Having to internally handle all those pre-release bundles and keeping everything in check is clearly proving too easy for the Apple whizzes as they have now opened up the iWork for iCloud beta to any productivity loving individual who happens to have a valid Apple ID.

Apple originally unveiled the web version of the iWork utilities package back in June of this year, immediately after the opening of this year’s WWDC event. As you might expect from an announcement that forms part of WWDC, it was only immediately available to those who had access to developer accounts, with Apple later starting to send access invitations out to a bunch of pre-selected individuals. The Cupertino company is obviously over any initial teething problems with the web-ware and now feels comfortable to give access to one and all.

The existence of the web based iWork collection of apps has managed to slip under a few people’s radars, but it is worth bearing in mind that all of Apple’s App Store based iWork packages are chargeable. The Pages, Numbers and Keynote apps have more than likely been overlooked by a lot of users due to their cost, with this open access beta representing the first time that a number of users have actually used the Apple productivity software. 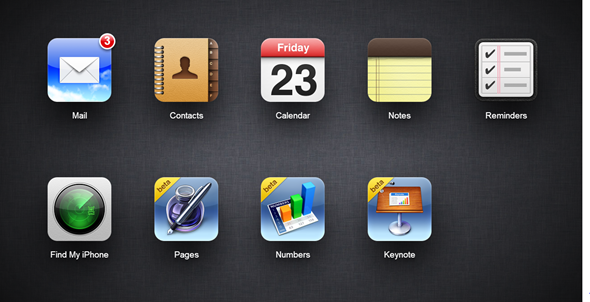 Due to the nature of this new product and the fact that it is web hosted, it is worth noting that it doesn’t exactly mimic the functionality of its native counterpart. Still, the general consensus is that Tim Cook’s engineers have done a fairly comprehensive and solid job of producing an online variant of the tools that should manage to scratch the itch of a lot of users. There is also one added benefit of iWork for iCloud, which is the fact that Windows users can also now use their Apple ID to get access to the tools. Previously the suite has only been available for Mac and iOS users only.

To test out the cloud based iWork suit for yourself just head on over to the iCloud website by pointing your web browser to : iCloud.com and sign in with your Apple ID.