Apple has just released an updated lineup of the MacBook Air with bumped up specs, more details can be found right after the break.

The first area that has benefitted from a major overhaul is battery life. The new generation MacBook Air has been fitted with new Intel’s 4-generation i5 and i7 Haswell processors that brings a major energy efficiency boost to the machine and promises to offer "all day" battery life. Phil Schiller has gone on record as stating that the improvement to the MacBook Air will bring 9 hours worth of battery life to the 11-inch model and up to 12-hours of consistent battery for the 13-inch model.

As well as the improvements to the battery life of the new machines, the new MacBook Air models will also benefit from faster Wi-Fi access thanks to the 802.11ac adapter, which is a great deal faster than the wireless n standard previously used. For those who find themselves worried about the increased performance of the thin and light notebook, then worry not, as Schiller has also announced a brand new Apple router to deal with the improvements.

The 11-inch variant of the new MacBook Air will come start with 128GB of internal memory, with the larger 13-inch model coming with 256GB of memory, that’s flash storage, in case you’re wondering. The announcement of faster, Intel HD 5000 graphics, longer battery and better Wi-Fi should surely come with a steep price tag, right? You would think so but the machines are available to purchase and ship immediately with the 11-inch model starting at $999 and the 13-inch starting at $1199. 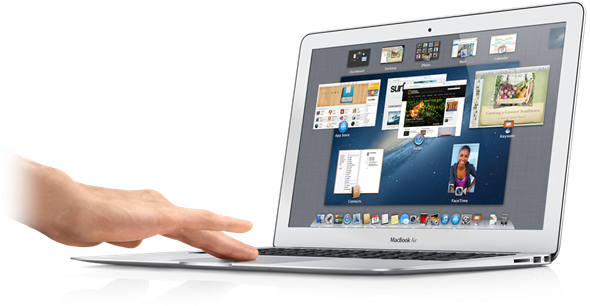 The refresh to the Air line has definitely come at a time when it is sorely needed. The introduction of OS X Mavericks will also find itself in perfect harmony with the increased processing power that comes with the new Air machines thanks to the embedded Intel Haswell processors. The full specifications of the new MacBook Airs will become available as soon as Apple releases further information on their website.

Now, the question we’re going to ask you guys is: are you excited about the new MacBook Air? Are you going to buy one? Or, are you happy with the notebook which you have right now? Please share your thoughts with us in our comments section below.