Following the announcement of OS X Mavericks, the new MacBook Air line and the long-awaited Mac Pro, Apple CEO Tim Cook returned to the stage to announce iOS 7. Describing it as "the biggest change to iOS since the introduction of iPhone," he then played through a video in which Jony Ive described attention to design detail the Cupertino has afforded the next-gen mobile OS. In line with the rumors and speculation, the OS is much flatter and cleaner than ever before, but when Craig Federighi switched places on stage to offer an in-depth analysis, it soon became apparent that iOS 7 is a great deal more than a lick of paint.

Some have accused the fruit company of lacking innovation, but this time around, it is clear Apple has listened to some of the long-standing complaints and quibbles of those using the iPhone, iPad and iPod touch software.

One of the things iOS lacked prior to iOS 4 was folder functionality, and when it did come, it was limited. Apple continually boasts of how many apps are available over at the App Store, yet hitherto has only allowed twelve icons within a single folder, meaning one could only ever partially bring organization into their life. With iOS 7, folders have pages, allowing "hundreds" of apps to be stored within any folder. Better? We think so. 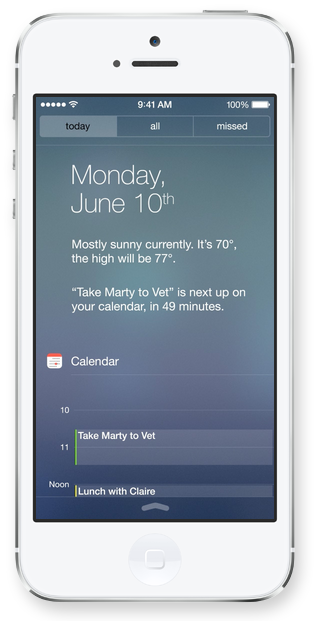 Speaking of significant recent features which have seemed unnecessarily limited, it was a matter of much bemusement that the Notification Center was a home screen-only affair when it debuted with iOS 5. Now, as well as having been given a visual makeover in-keeping with the rest of iOS 7, users will now be able to access all of that important information without having to unlock. Better? Oh yes. 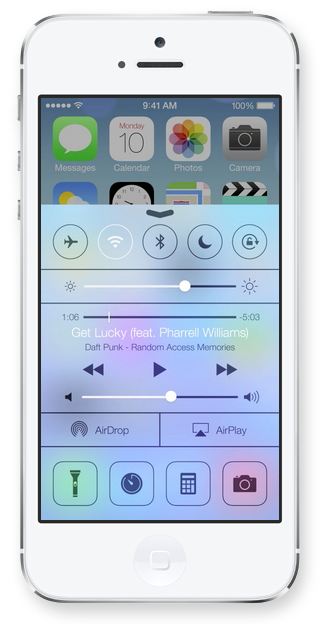 One of the primary reasons, or, at least, most commonly cited reasons for jailbreaking has been for the wonder that is SBSettings. It’s a go-to tweak for most new jailbreakers, and allows all of a device’s key functions to be toggled off / on with a simple tap. Now, finally, Apple has brought this feature natively with Control Center, allowing such elements as Bluetooth, Wi-Fi and Airplane Mode to be activated or shut down in a passive, functional manner by simply swiping up. 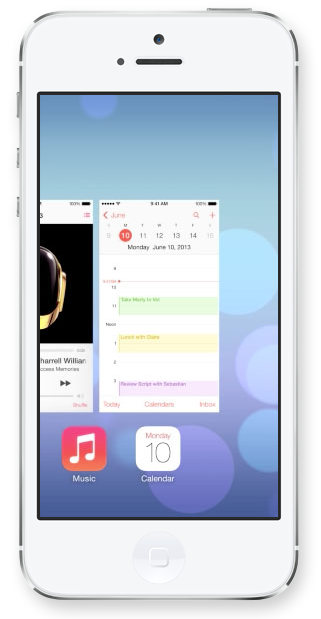 While Notification Center and Folders have been at least been of a reasonable level but simply lacked in places, multitasking on iOS has been a dud; nothing more than a poor imitation of what such a feature should represent to users.

With iOS 7, Apple is remedying this. True multitasking will work for all apps, and will, according to Apple, bring  background updates to each and every apps. What’s more, in reaping these new benefits, you won’t have to forgo any of your precious battery life, so the new multitasking feature is, in theory, an all-round win.

What’s more, the new multitasking will pick up on your habits, and will strive to update your most commonly used apps while easing back on those you don’t. In addition, it will adapt to your network conditions, meaning if you’re stuck on a sub-standard Wi-Fi hotspot or out in the sticks, it won’t stretch your limited connectivity by trying to update; instead waiting for a strong connection to go about finding updates. 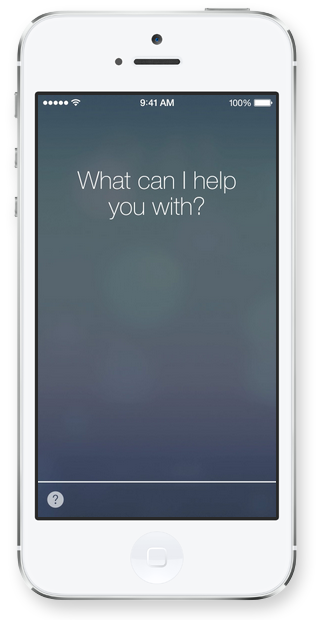 Siri is also getting a revamp. Along with a new voice, a new UI and faster search results, Siri is now ditching Google search for Bing. That might be a bummer for some, but hey, Bing isn’t that bad either. Also, Google is still the default search engine in Safari, it has only changed to Bing in Siri. Siri now also features Twitter integration, and is also bringing Wikipedia to the roster apart from the tried and tested Wolfram Alpha.

-iOS in the Car

We’ve seen glimpses of how Siri will change the driving experience, having already brought Eyes Free to a bunch of production cars. Apple is expanding this with iOS 7, allowing users to essentially mirror an adapted version of iOS onto their automobile’s in-built display.

Users will be able to respond to read-out messages using Eyes Free, as well as the ability to flit between different menus without even having to look at the display and take their eyes off the road. 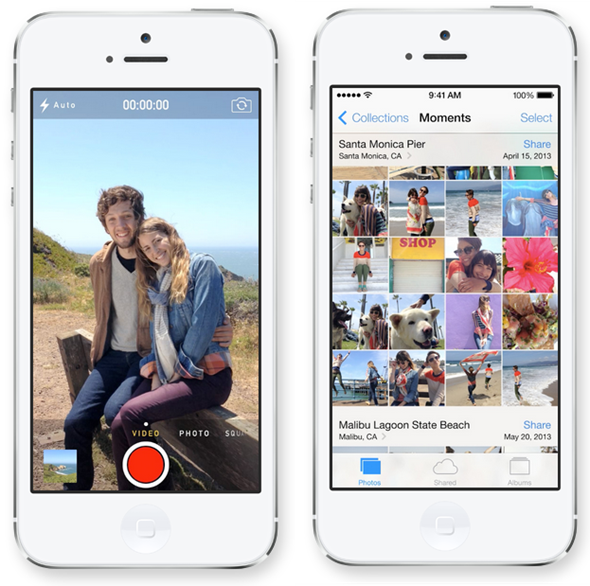 Post Instagram, any app or company associated with photography has bought into the idea of instant filters, and Apple is no exception. As well as a revamp of the Photos app, which makes everything just that bit easier to navigate, users will now be able to add filters on-the-fly, meaning no third-party apps will be necessary if you want that all-important sepia look. 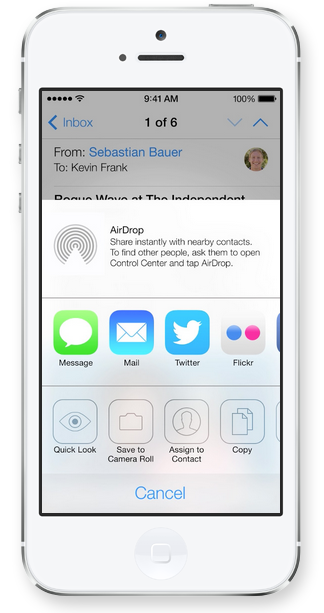 AirDrop has proven a great way for Mac users to exchange files in the typically fluid Apple way, and now this feature is coming to iOS.

As the iMessage spam-fest rather overtly pointed out, there are no options for iMessage or FaceTime users to block unwanted or nuisance correspondence. With iOS 7, that will no longer be the case, with native blocking features allowing individuals to avoid iMessages and FaceTime calls from any individual they wish not to converse with. 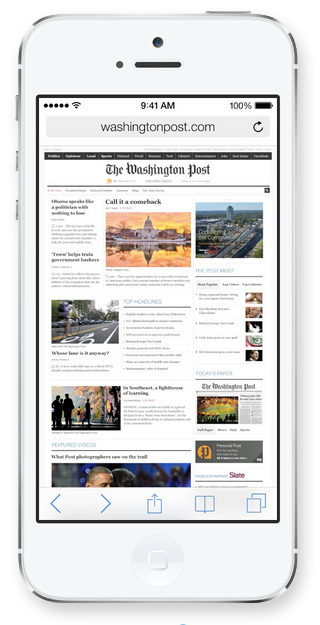 Safari is finally getting a much needed update, and is now faster than ever before and also has a brand new UI, following the design pattern of iOS 7, naturally.

Switching between multiple tabs is now an eye-candy. Instead of a boring looking card style view, you now get a great Flip 3D (Windows Vista reference, if you’re wondering) like view for tabs, making switching tabs as easy as possible.

To complete the round-up of new features and enhancements, Apple will also be introducing native Wi-Fi calling. Of course, you’ll probably have your own methods thanks to Skype, Viber et al, but if there’s one thing the introduction of iMessage has shown, is that if Apple throws it out there (despite cumbersome episodes of downtime), the market will almost certainly bite.

As you’d expect, the new changes were met with loud cheers, with most of those present at this morning’s WWDC getting on their feet to show their appreciation. Certainly, as a long-time user of iOS device’s it’s good to see that Apple has stepped its game up. Having faced what can only be described as a backlash from many of its users, the Cupertino has responded with what is unarguably the biggest change to iOS thus far. 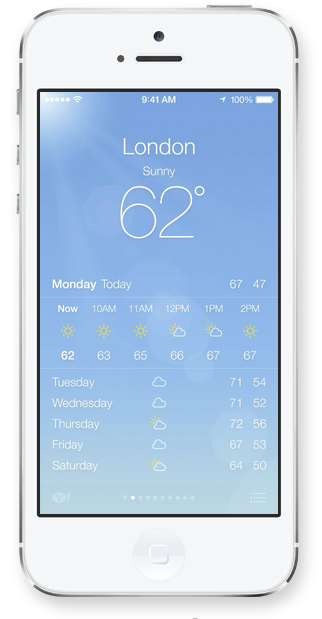 The Weather app has also gotten a serious – and much-needed update. And we have to say, it kinda reminds us of Yahoo!’s recently released weather app, no? 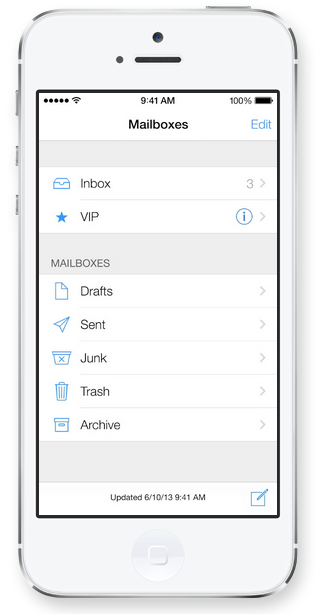 It’s here! No more launching of the App Store to update your apps. Starting from iOS 7, apps will now update in the background, without user intervention.

iOS 7 is taking security up a notch. In case if you’re a victim of theft and your iPhone is taken away from you, then iOS 7’s new Activation Lock feature comes into play. Find my iPhone is great, but what if the snatcher decides to turn it off? Activation Lock won’t allow it and would ask for the user’s Apple ID and the phone will go permanently unlocked if the required fields aren’t met.

iOS 7 will drop this Fall (presumably alongside a new iPhone), and the first beta will be available to developers as of today. Of course, we’ll deliver any further news pertaining to iOS 7 as it arrives, so stay tuned to our coverage here at Redmond Pie!