Apple’s new music streaming service calibrates itself by examining your existing music playlist and playing back suggestions based on the music you already have. Unlimited over-the-air music is available, similar to other streaming services already available on the market today. Also, much like similar services, the service offers built-in technology that will “learn” the user’s preferences: by pressing the “thumbs up” button, the user will calibrate the app into playing similar music to the one that was playing previously, while the “thumbs down” button will instruct the app to look for something different. If you are really in love with a song, you can easily buy it with a push of a button, which will instantly download it onto your iTunes library. So, in short, it’s also a music discovery service. 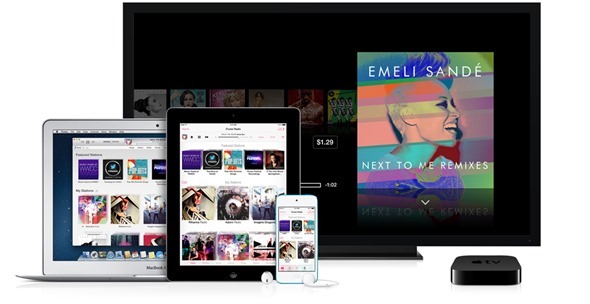 26 million tracks will become available for streaming at launch, with large labels such as Universal and Sony fully behind the new streaming service. Better yet, iTunes Radio will be available absolutely free of charge for US customers, monetized exclusively through text and audio ads, much like other players on the market today. The exception will be iTunes Match subscribers, which will have access to the app completely without the annoying ads – over the long term, this is likely to drive up iTunes Match sales, which as of now have not been a highlight of success for Apple.

Initially, iTunes Radio will be available for US customers on iOS and Apple TV. However, there is no reason for Apple not to bring its new music streaming service to the Mac, perhaps with a new version of iTunes in the near future. As far as international availability, it will likely depend on the generosity of record labels at licensing their music on overseas markets, a process that is usually sluggish, to say the least. 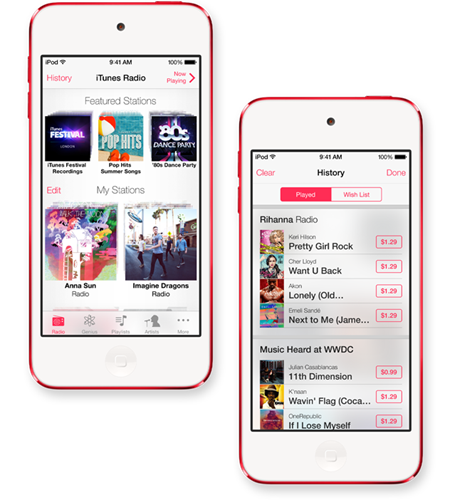 iTunes Radio was one of the new features introduced at WWDC, Apple’s annual developer conference which will take place all week, starting on June 10th. For the latest on this year’s WWDC, stay tuned right here as we bring you the goods as they are introduced.