The discovery of a similar looking character in an arcade-style action game of 90s by Atari titled, Gauntlet: The Third Encounter has caused much stir in the blogosphere today. Google’s Android logo has turned out to be a look alike of one of the characters of the game. Surprisingly, even the name of the character (“Android”) is same, among others namely Wizard, Valkyrie, Samurai, Gunfighter, Pirate, Punk Rocker, and Nerd. Developed and published by Atari Games in the 1990 for the Atari Lynx, Gauntlet is considered as one of the most popular multiplayer arcade role-playing game of that time.

The remarkable resemblance of the two can be seen in the images below. The almost semi-circular shape of the head, the two dots as eyes, the antennas, the placement of a line separating the head from the rest of the body, plus the exact same names of both the figure further reaffirms the thought. 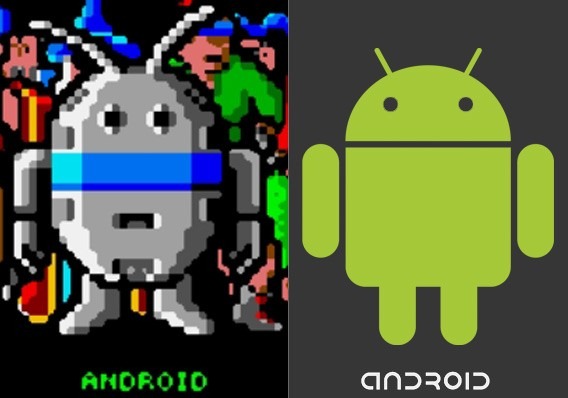 The overall similarity of the two raises the obvious question: Did Android team stole the look for their logo or is it just a mere coincidence? The exact same name (even the same spellings!) doesn’t leave much room for support of this argument in favor of Google. Android is already considered as a rip-off of iOS by many Apple fans and this will only add more salt to the wounds. It would be a big disappointment for all the Android lovers out there if there is any truth to this news.

We are eagerly waiting for Google to explain this dilemma soon. Meanwhile, let us know what you think about this in the comments section below. [via Engadget]