There is a long history of people being caught using one smartphone or another when they arguably shouldn’t. Normally, it’s celebrities who are tweeting about how wonderful an Android smartphone is when the tweet itself came from an iPhone. That’s happened plenty of times and just goes to show which celebrities are happy to take cash from the likes of Samsung, but not actually use its devices.

Sometimes, though, the odd smartphone faux pas isn’t actually anything to do with money at all, and just comes down to something as mundane as personal preference. Take Alphabet/Google chairman and former CEO Eric Schmidt, for example. 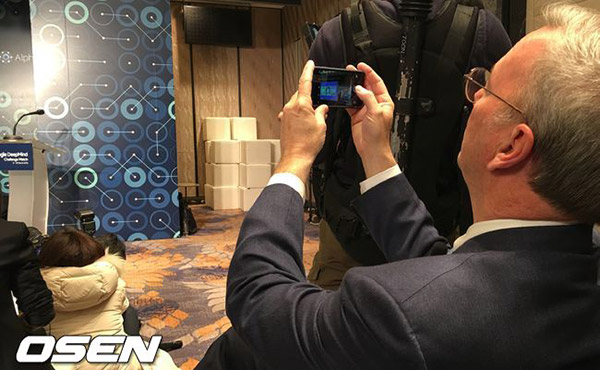 While in South Korea to witness a matchup between the world’s leading Go player and one of Google’s AIs, Eric Schmidt was photographed taking his own photos, with an iPhone 6 or iPhone 6s. Other snaps show him using the device to do things like send images to a friend. All pretty standard fare, really. Of course, what makes this mildly interesting is the fact that this is Google’s head man not using one of the latest Android flagship devices but rather the main competition – the iPhone. Schmidt was once on the board at Apple, so he’s no stranger to Apple’s products. 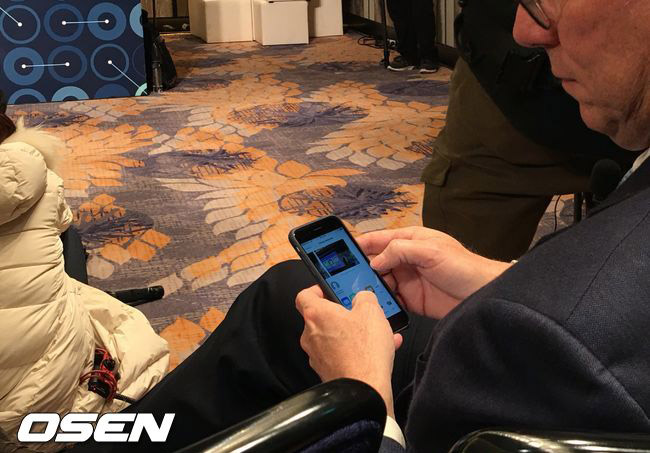 Schmidt does have form for things like this – when on the board at Apple, he was seen using a BlackBerry, for example.

The former CEO is far from the only higher-up at a smartphone company that likes to use devices from the competition. Microsoft’s Windows Phone VP Joe Belfiore has been known to tweet from an iPhone, though he did have some compelling reasons for why that might have happened. Belfiore pointed out that he needs to know what the competition has to offer, and rather than use a device for a couple of days, he likes to live with what the likes of Apple has to offer for an extended period in order to form a proper opinion.