There was once a time, not that long ago, that the thought of anyone inside Microsoft using an iPhone would make then-CEO’s blood boil, but things have changed quite a bit since the big man and Microsoft parted ways. Things are much more chilled out at Microsoft now, and even the company’s biggest names are embracing what the competition has to offer.

The most high-profile of those right now is Joe Belfiore, Microsoft’s Corporate Vice President, Operating Systems Group, which really simply boils down to him being in charge of Windows, whether that be on the desktop or mobile. So when the man in charge of Windows Phone/Mobile is spotted posting a photo to Twitter from an iPhone, people take notice. Even if it wasn’t for the bright blonde hair, someone would have taken notice. 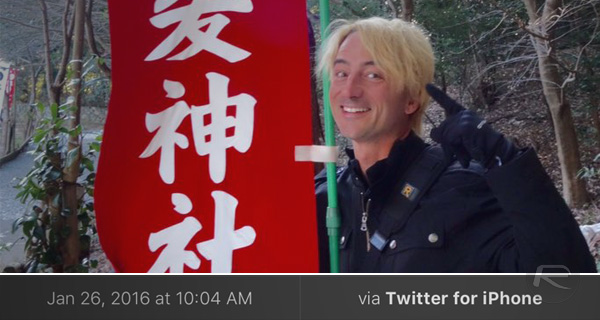 This isn’t the first time Belfiore has been caught using an iPhone, but the last time he tweeted using Apple’s smartphone, which was almost two years ago, he quickly followed it up with a tweet explaining that he was testing out iOS 7.1.

In the comments under a post on the subject on The Verge, Joe Belfiore himself saw fit to once again weigh in on his reasons for not just owning, but actually using an iPhone – this time, in detail. The man is on a long-term sabbatical right now too, so he’s entitled to use whatever he sees fit, but it turns out you’re never really off duty when you’re high up inside a technology giant, so explain himself, he did. 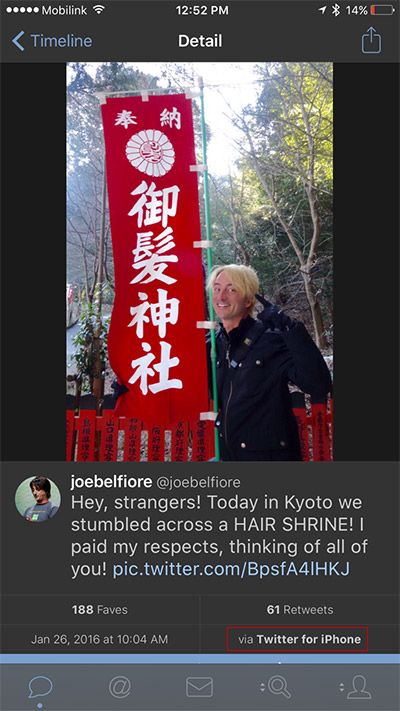 Speaking in the comments, Belfiore explains that the reasons for owning an iPhone, and indeed, Android devices, for that matter, is to experience what the competition has to offer. To do that, Belfiore says, he needs to use the devices full time in order to fully understand them. Having come across people who declare devices flops or inadequate after spending half an hour with them, it’s refreshing to hear someone speak common sense, and it just so happens to be from someone who’s capable of making a difference. If Microsoft’s mobile platforms start to take cues from iOS and Android, we’ll know why. 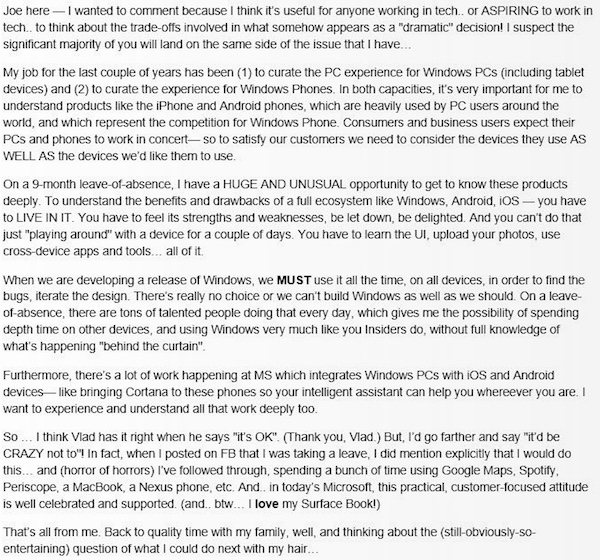