A couple of months back, Microsoft confirmed that CEO Steve Ballmer would be retiring in a matter of months, and now, the Redmond company’s head honcho has delivered a poignant farewell speech to the company he has manned for well over a decade.

With increased emphasis on the mobile industry during the past couple of years, Microsoft is looking for a fresh face to push on and compete with iOS and Android, and although Ballmer is well versed in what it takes to launch new products and services, the gaping gap between Microsoft and the rest of the field has made the retirement decision just that little bit easier. 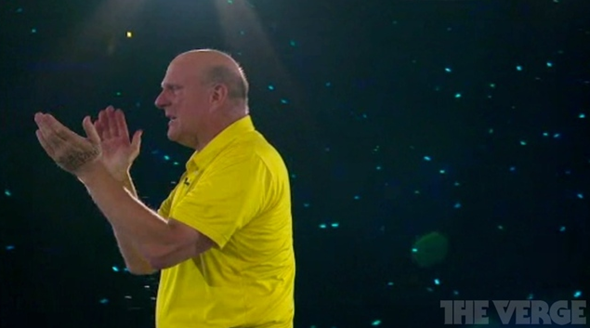 The search is now on for a new CEO, but in the meantime, this is certainly Ballmer’s moment in the sun, and in his last few moments on stage of a video obtained by The Verge, Mr. Ballmer broke down in tears as he recalled some of his best moments as the guy behind the famed company.

Certainly, many in and around Microsoft may not be as lamenting once Ballmer does eventually take his leave next year. Certain factions within Microsoft circles have blamed his leaderships for some crucial errors over the past decade, no less the fact that the company finds itself so far behind the Big Two in the mobile stakes.

It remains to be seen whether Microsoft will actually turn a corner post Ballmer, but with the purchase of Nokia being a statement of intent, it does look as though the Windows maker is somewhat going for broke as it tries to reduce the rather significant current deficit.

You can check out Ballmer’s rather heart-wrending video below in all its glory. It’s certainly the end of an era for Microsoft and those associated with the company, and it will be intriguing to see whether it will be the beginning of a new one. Indeed it will be in the years to come.

What do you think – will Microsoft miss the guidance of Ballmer? Or is the company in better shape without the veteran helmsman?

Do be sure to share your thoughts and opinions with us via the usual mediums below – it’s always great to hear from you guys!