Apple’s quarterly results have been released today, and while all of the numbers that get the most attention tend to be revenue, margin and the sales figures for things like the iPad, Mac and iPhone, Apple has shared one figure for the first time, presumably because it’s suitably large.

During Apple’s quarterly figures bonanza, the company announced that it has reached the milestone of 1 billion active devices. That figure includes the iPhone, iPad, Mac, iPod touch, Apple TV, and Apple Watch, and has been calculated by looking at all hardware that has engaged with the company’s services within the last 90 days, according to Apple. 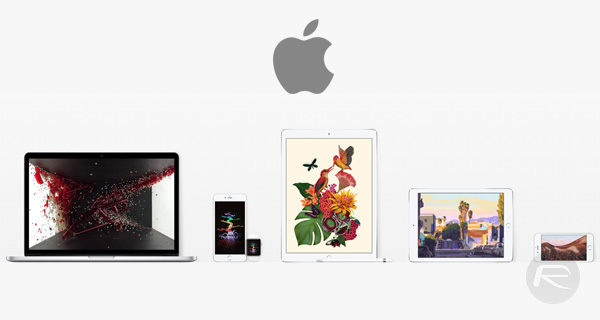 Unsurprisingly keen to make sure everyone knows just how well Apple is doing in the active device stakes, Apple CEO was quick to point the fact out during the quarterly earnings call that started at 5 P.M. ET. “Our team delivered Apple’s biggest quarter ever, thanks to the world’s most innovative products and all-time record sales of iPhone, Apple Watch and Apple TV. The growth of our Services business accelerated during the quarter to produce record results, and our installed base recently crossed a major milestone of one billion active devices.” Cook said when speaking of Apple’s active device numbers.

With those 1 billion devices accessing the App Store as well as Apple’s other online services, it is important to remember that Apple’s business model is no longer to simply sell you a device. Instead, revenue from the App Store alone is massive, even before things like Apple Music and iTunes purchases are factored into the equation. 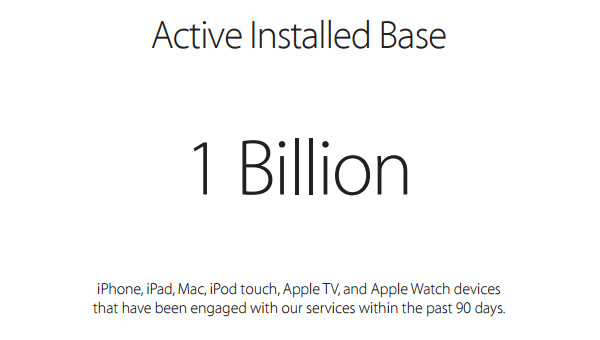 Apple also announced another milestone today, quoting 74.8 million iPhones sold in the holiday quarter, which happens to be the largest quarterly number in history. The now-common apprehension regarding a possible slump in the quality of Apple’s offerings after CEO Tim Cook took the reins doesn’t seem to be having an affect on Apple’s quarterly figures, it seems.

We may have to devise some sort of bingo game based on the high numbers and record earnings before too long.