Google has followed the lead of a number of other well-known developers in the last few days by pushing out a well-timed update for their official iOS Gmail app that brings full optimization for the latest Apple smartphone as well as offering support for iOS 6. The official Gmail experience can now be enjoyed across all of Apple’s mobile devices that run iOS 4 and above, with iPhone 5 owners no longer needing to view their incoming mails through a letterbox interface.

The Gmail app is one of multiple iOS apps that has filtered through the App Store over the last weeks, and although, the latest 1.3.1415 update doesn’t offer any feature upgrades or functionality enhancements, it is nevertheless a notable upgrade for those millions of consumers who have acquired themselves an iPhone 5 in the last seven days. Although, not noted in the official changelog on the App Store, we can only assume that the amendments made to the app to support the iPhone 5 have also included thorough testing with iOS 6. 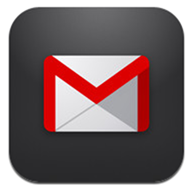 Downloading and installing the Gmail update from the App Store shouldn’t alter the experience for users running older hardware like the iPhone 4S or an iPad, but it will provide a full elongated user-interface for iPhone 5 devices to take full advantage of the taller 640×1136 display. For those iPhone 5 owners who are looking for compatible apps, then Gmail might be worth taking a look at as it brings full access to email accounts with notifications being presented to the user when a new mail is received. Google also support all of the powerful features which consumers would expect to see from an email-based app. 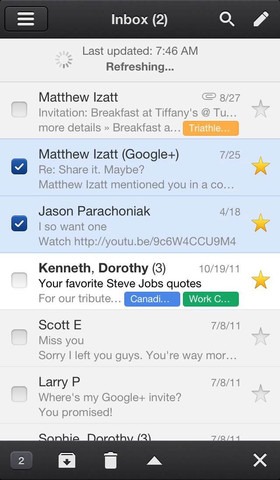 The official Gmail app can now be added to a growing list of iOS applications on the App Store that have been optimized for the new iPhone 5 and the latest iteration of Apple’s mobile operating system. If you have Gmail installed, then head on over to the App Store to update now, or check the link out below to grab Gmail now as a free of charge download. 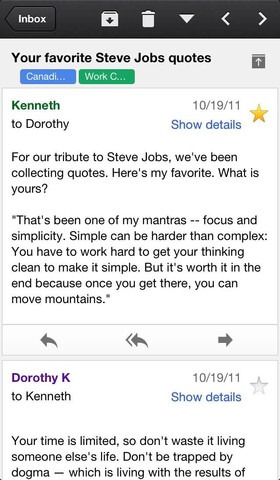 (Source: Gmail for iPhone, iPod touch and iPad on the App Store)