iOS Maps might have been criticized ad nauseam over the past ten or so days, but that hasn’t stopped iPhone and iPad users flocking to the brand-new mobile firmware from Apple. Onswipe, a firm helping websites offer a more touch-friendly interface, reports the problems surrounding iOS 6 don’t seem to have prevented consumers downloading and installing en masse, and of 100,000 users sampled through the company’s partner sites on Friday, an incredible 59.43% of iPhone traffic and 41.3% of iPad traffic was coming from those running the newer software.

In just over a week, the majority of iPhone users have upgraded, with that proportion rising all the time, and although customer satisfaction of those running iOS 6 was reported earlier this week to be slightly lower than iOS 5 users, Apple’s adoption rates are still considerable. One of the main reasons consumers appear to be adopting so quickly is because this time around, one can perform an OTA update, or over-the-air update in simple terms. Whereas before, one had to connect to iTunes (something consumers are doing less and less), one can now simply browse through the Settings app and apply the update with apparent ease. 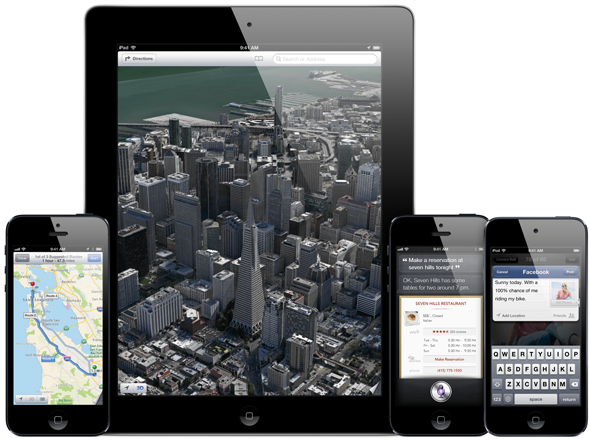 While Maps may be having problems, Apple’s Mobile Safari browser has been significantly improved, and it seems tens of millions of iPhone and iPad users are already enjoying the benefits. Not only is the wave of adoption a good thing for mobile surfers, but those behind the web apps, advertisements and such can easily optimize their systems for the large portion of their audience. If, say, only 25 percent of iOS users had opted for iOS 6, publishers and developers would be in limbo as to whether they should spend money adapting systems when the majority are still on older software, but with the momentum iOS 6 has gathered, anybody aiming content towards iOS can tweak services without deliberation. 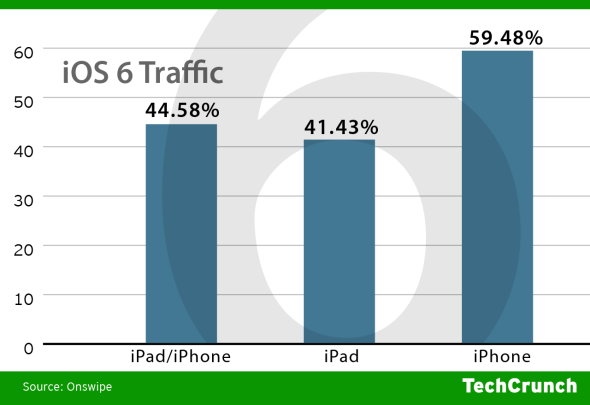 Apple has already noted that 100 million iOS users have adopted iOS 6, but seeing as those numbers were released Monday, the true figure is likely to be significantly higher than that by now.

All things considered, I have to say I’m a little surprised by such high levels of adoption, particularly given the well-document Maps saga. Whether Apple manages to turn its mapping software into a world-beater remains to be seen, but moving forward, it seems iOS as a whole won’t be significantly affected.