Get iPhone XS Depth Control On iPhone X, 7 Plus, 8 Plus, Here’s How

If you fulfill certain required criteria and have been looking for a way to make your iPhone photographs even more stunning than they already are without spending any money, then the brand new ShutterDepthControl tweak could be the answer to your prayers! 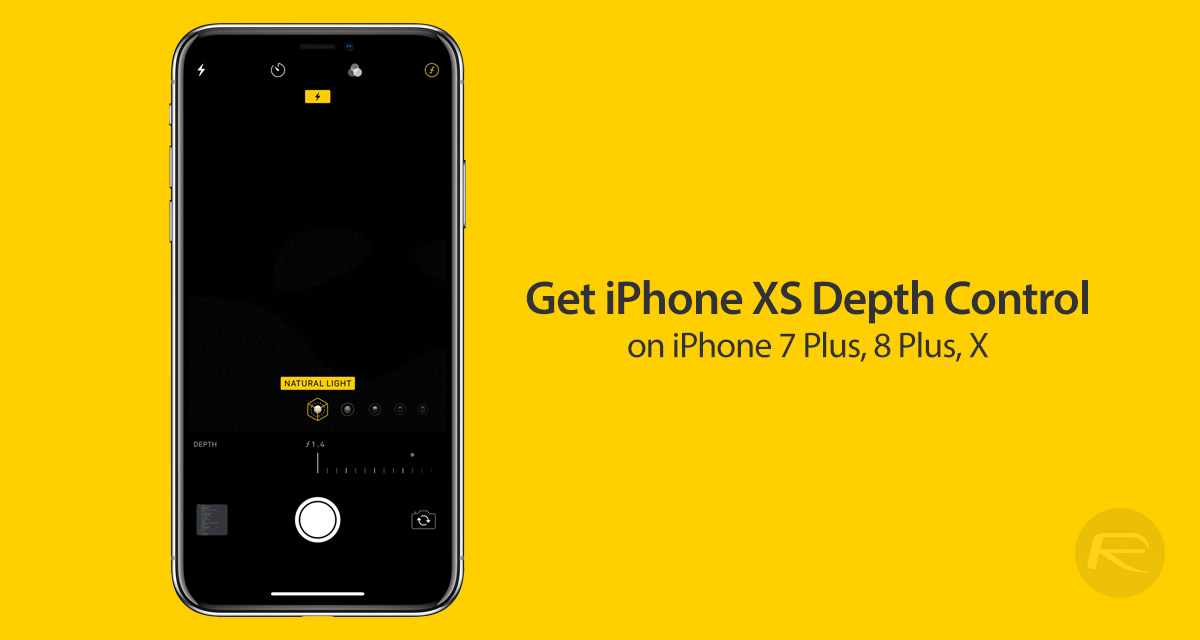 If you are running a jailbroken iPhone, have a dual-camera device which isn’t iPhone XS, iPhone XS Max, or iPhone XR, and want to carry on using the camera but with the ability to introduce depth control, then the latest tweak to land on Big Boss repo is definitely for you.

The brand new ShutterDepthControl tweak is similar to a recently released package called Aperturize in the sense that it brings depth control functionality to dual-camera devices which aren’t blessed with the feature by the internal Apple gods. Once installed, this means that you will get a brand new offering in the Portrait mode called “DEPTH,” which allows you to control the level of bokeh effect applied to the photograph in real-time.

Apple offers this functionality natively on its brand new devices but not on older dual-lens iPhone hardware, such as iPhone 7 Plus, iPhone 8 Plus, and, of course, the first device to pioneer Face ID, iPhone X.

It isn’t as full-featured as Aperturize but it does come with one distinct advantage over that rival; it’s entirely free-of-charge to download and use. It is extremely simple to invoke via a simple toggle control and introduces a new slider in the native Camera app UI which allows the user to minimize and maximize the bokeh effect with ease. Which, of course, results in jailbroken iPhone owners being able to capture stunning depth-effect photographs which their iPhone XS/XS Max/XR counterparts take for granted.

If this is something that appeals to you then you can download it right now with iOS 12 compatibility by accessing the Big Boss repository via Cydia.