We always knew, following the announcement of the Galaxy S5 at the Mobile World Congress in Barcelona back in February, that the Samsung flagship would be the first of many S5 spin-off handsets. The preceding Galaxy S4 had, after all, spawned many, including the Active, Zoom and the mini. Thanks to the inherently “Active” Galaxy S5 shipping dust and waterproof right off the bat and the recent announcement of the Galaxy K Zoom, it was only a matter of time before the compact edition manifested, and now, we have a sighting of said device courtesy of a reliable source.

Evleaks regularly comes through with accurate intel pertaining to upcoming smartphones and digital devices in general, and in a follow-up to an earlier leak that the famed Twitter-based whistle-blower appeared to have captured from the official Samsung site, a fairly low-res yet clearer image of the mini has just been posted. 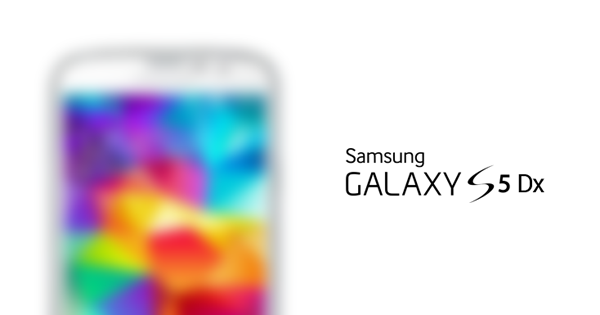 Given that Samsung ditched the “Zoom” moniker of the camera-centric handset, it should come as less of a surprise that the Korean outfit appears to be opting for something different with the mini as well. However, going with “Dx” seems a little strange and nondescript given that “mini” is a fairly universally-recognized term that consumers are familiar with across the board, so it will be interesting to see whether this current label carries through to retail.

As for the design, it looks very much as you’d expect – like a squished-down Galaxy S5 – and as ever, its interiors will represent those of a handset that has been considerably scaled down. 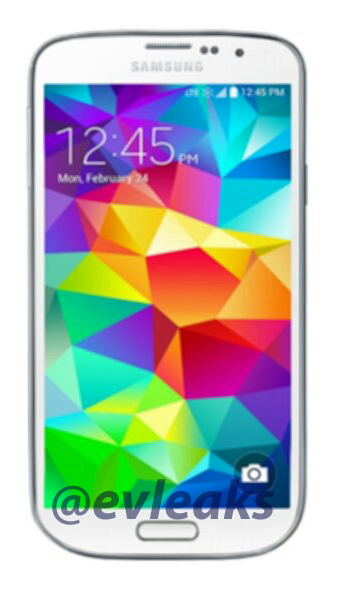 Under the hood, the SM-G800 will allegedly pack a 4.5-inch Super AMOLED 720p display, a reasonable quad-core processor, 1.5 gigs of of RAM, and 16GB of on-board storage. Allied to an 8-megapixel camera, it’s not much to write home about, and certainly isn’t a patch on the main Galaxy S5, which packs a heart rate and fingerprint sensor among other great assets, but with a 2,100 mAh battery keeping everything ticking over, the S5 mini / Dx will serve its purpose as a solid mid-range option.

It looks like the device will arrive in a myriad of different color configurations, and it’s almost certain that it will run on at least Android 4.4.

Given the nature of these leaks, an official announcement seems imminent, and as soon as the details emerge, we’ll have all of the information right here.